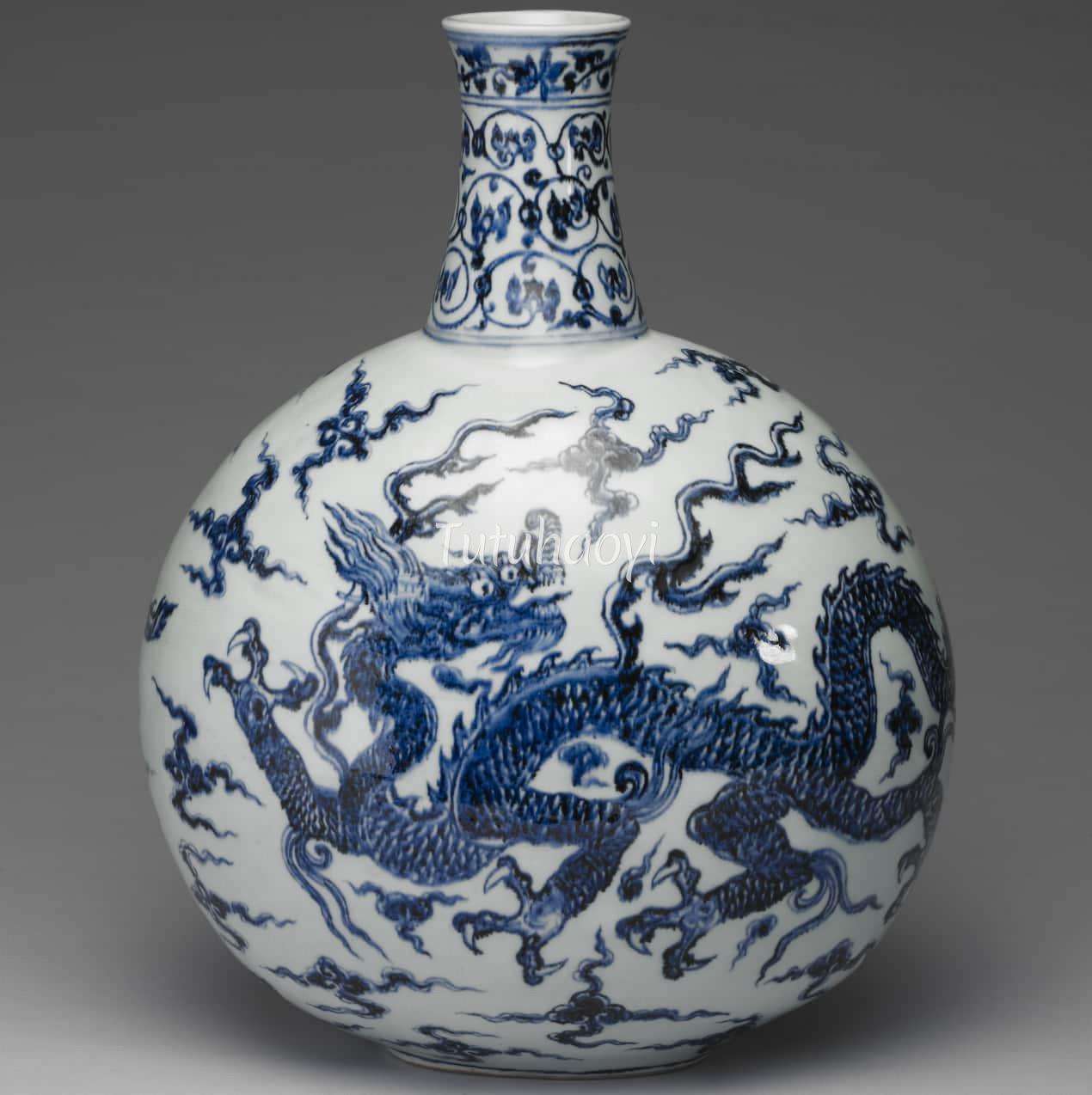 The fifth creature of the Chinese zodiac, the long dragon is one of the most complex and multilayered of all Chinese symbols. Its ferocious energy binds together all the phenomena of nature: bringing benevolent rain, but also typhoons; shaping the landscape, and causing earthquakes. One of the guardian creatures of the cardinal directions, the long dragon stands in the east, the source of the sun, spring rain and fertility.

Long dragons appear in several different forms in Chinese mythology – those with scales are called jiao long 蛟龙, those with wings ying long 应龙, those with horns are qiu long 虬龙, and small-sized ones are chi long 螭龙. Despite their ferocity, these mighty beasts are also fundamentally beneficent, the most auspicious of all creatures and embodiments of masculine vigour and the concept of yang 阳. Because of these associations, the dragon, particularly one with five claws, was the symbol par excellence of the Chinese emperor, the Son of Heaven, and is often found embroidered on imperial robes. It is also the embodiment of the land – quite literally at times, for the features of the landscape were seen by some to be the features of an enormous dragon. This dragon would sleep under the earth during the winter, then ascend to the skies on the second day of the second month, bringing the first spring thunder and rain. For masters of feng shui, underground currents are the veins of this great dragon, and therefore ought not to be disturbed by human builders.