The Meaning of Good Fortune Represented in Chinese Decorative Arts

‘福 fu’, a Chinese character bearing an auspicious meaning of ‘good fortune’, has been used often in Chinese decorative arts. Dr Yibin Ni will tell you some interesting stories related to this character and how the intended meaning is represented in various art forms. 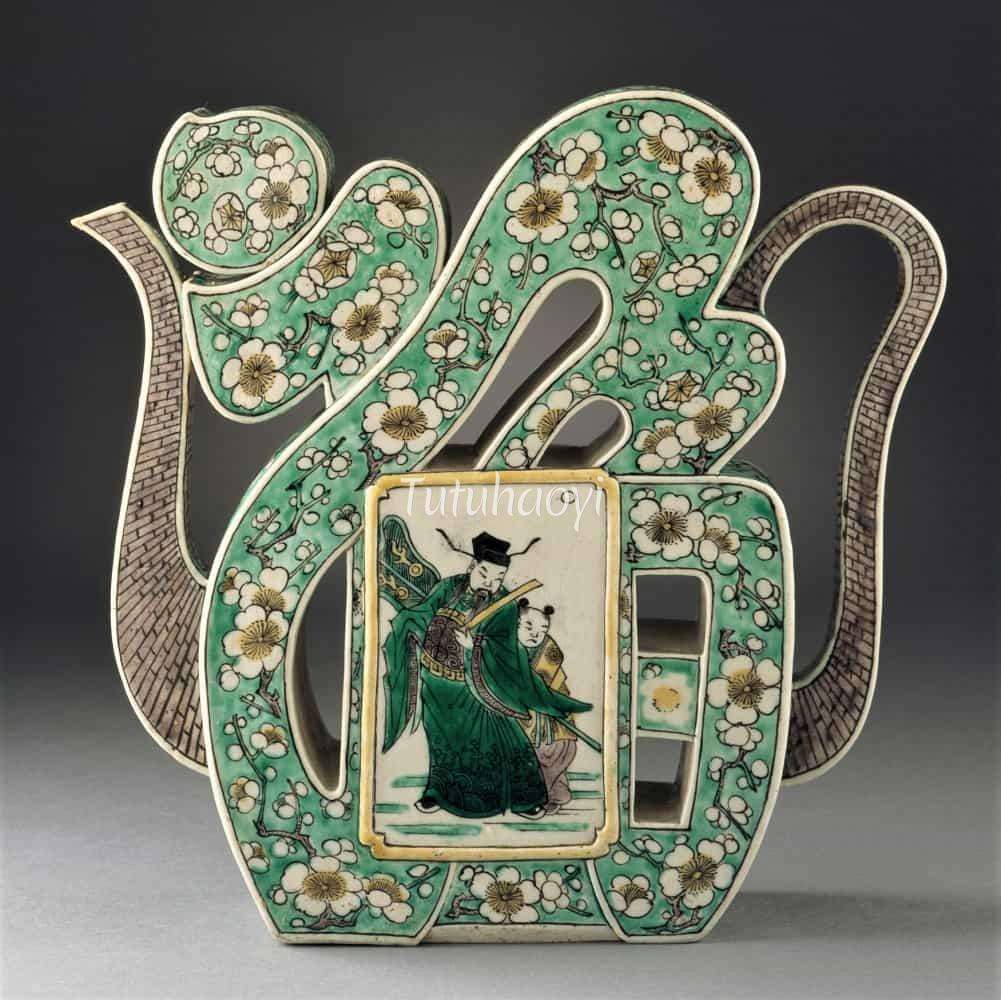 In the oracle bone script, the earliest form of the Chinese characters, the pictograph ‘福 (fu)’ consists of a pair of hands holding a wine jar in front of a sacred ancestral symbol. It means that, if the ancestors were pleased properly with right offerings, good fortune would come to bless the descendants.

Read here for an account of how the ‘福 fu’ character became a poster on people’s front door on the first day of the Chinese New Year.

More than two millennia ago, the Chinese had their ideals in life summarised as ‘五福 wu fu’, the Five Blessings, and recorded them in the Book of Documents (书经 Shujing) in the Zhou Dynasty (c. 1046 – 256 BCE). They are ‘longevity 寿 shou’, ‘wealth 富 fu’, ‘wellbeing and peace 康宁 kang ning’, ‘love of virtue 攸好德 you hao de’, and ‘natural death 考终命 kao zhong ming’.

The old and auspicious ideal embodied in the ‘福 fu’ character is often represented artistically with images of bats in Chinese decorative arts. It is not because the Chinese appreciate the appearance of bats, but because ‘蝠 fu’, the Chinese name for bats, happens to pun on ‘福 fu’ for ‘good fortune’.

In Late Imperial China, the ‘福 fu’ character was personified by the Star God of Good Fortune (福星 fu xing), a figurine of a male deity, who was one of the trio of the ‘Three Star Gods (三星 san xing)’. The other two companions were the Star God of Emoluments (禄星 lu xing) and the Star God of Longevity (寿星 shou xing). 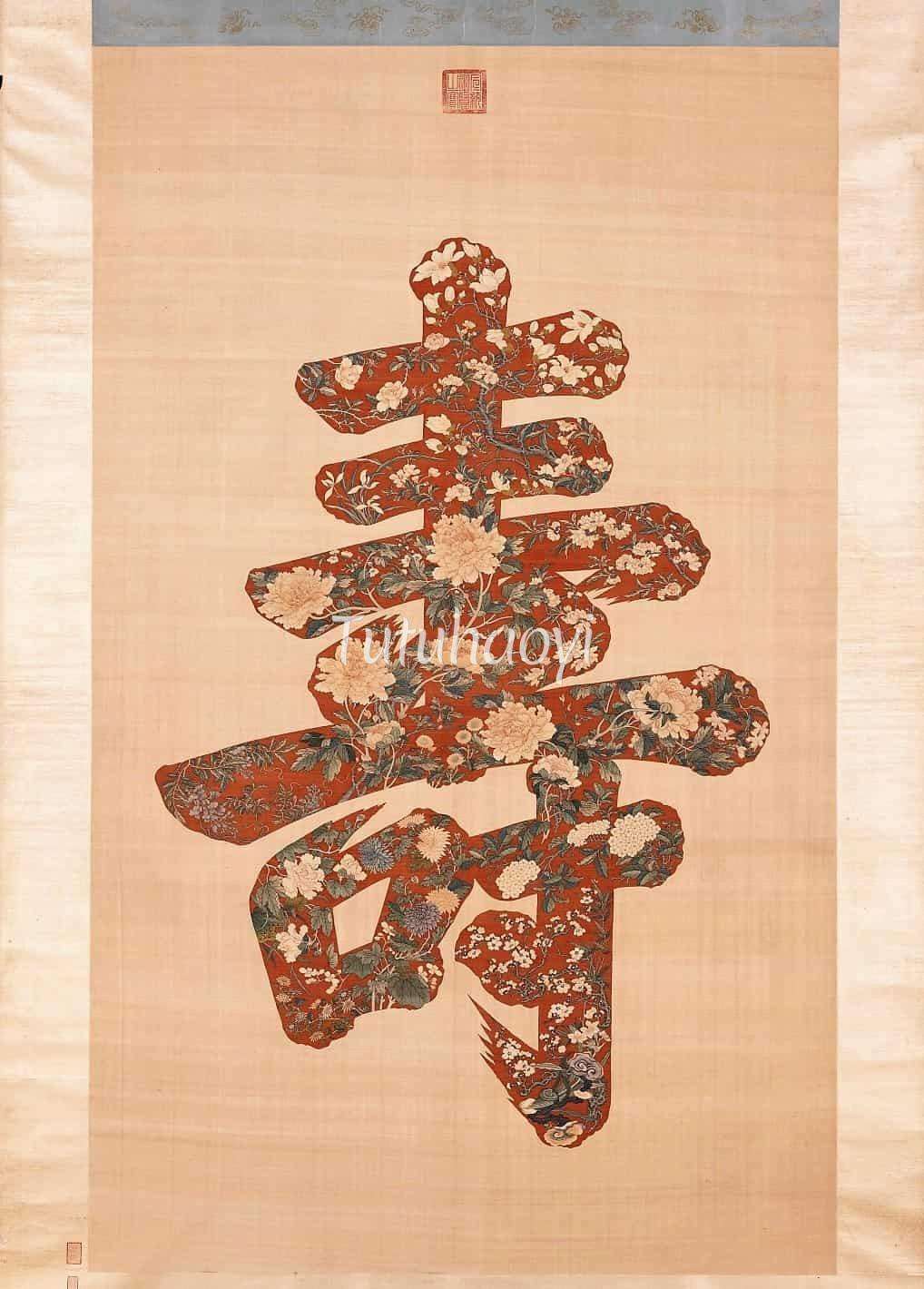 The Chinese deeply respect the elderly and consider a long existence – ideally accompanied by health and happiness – to be one of the five most important blessings (wufu 五福) in a person’s life, which were believed by the ancients and recorded in the Book of Documents 书经 in the Zhou Dynasty (c. 1046 – 256 BCE) more than two millennia ago. The other four are fu 富 (wealth), kangning 康寧 (wellbeing and peace), yuhaode 攸好德 (love of virtue), and kaozhongming 考終命 (natural death). The character shou 寿 for ‘longevity’, therefore, often appears on gifts and domestic decoration as an artistic design.

The earliest form of the character shou 寿 for ‘longevity’ is found on bronze vessels, which combines two main elements: a meaning radical and a phonetic radical. On the top and right-hand side is a form that resembles an old man with long hair leaning on a walking stick. Beneath that is a phonetic element sounding somewhat like ‘chou (畴)’, which is a character by itself that means ‘ploughed fields with ridge’.

As one of the five blessings, the ideal of ‘longevity’ permeates the whole realm of Chinese artistic creation. One format favoured by artists is to present numerous versions of the shou character on one piece of artwork, usually up to one hundred. People believe the repetition of the presentation of the concept would greatly increase its efficacy. The readers are welcome to explore the related fascinating symbols and designs with the help of our comprehensive search functions.