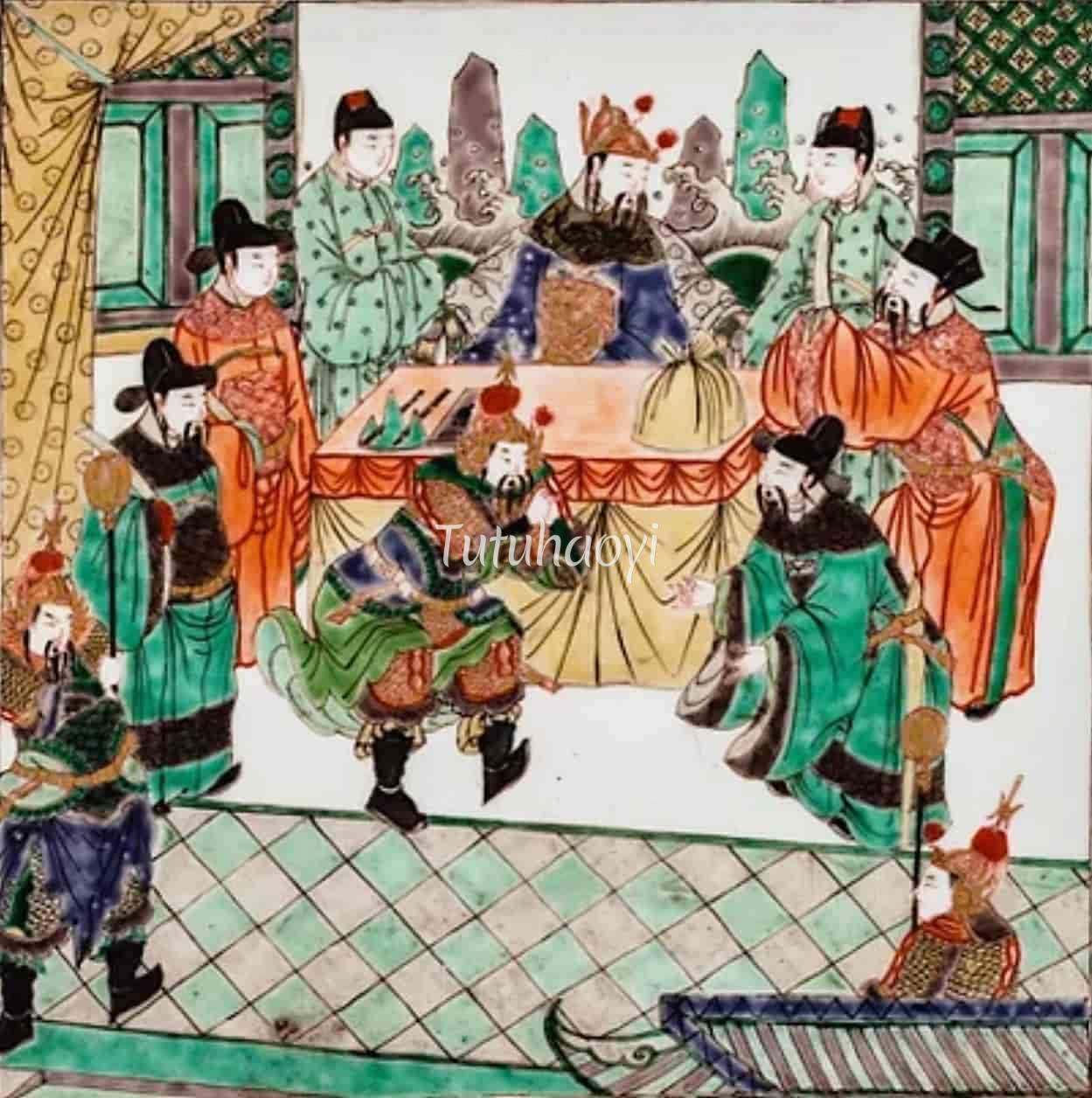 According to Confucian ethics, a man’s ambition and pride need to be balanced by humility.

General Lian Po (廉颇, active 298-236 BC) and Minister Lin Xiangru (蔺相如, active ca. 279 BC) were colleagues in the government of the state of Zhao. When Lin Xiangru received a higher appointment than Lian Po’s, Lian Po felt it was unjustified. He swore, ‘When I meet Lin, I shall humiliate him!’ Hearing this, Lin deliberately kept out of Lian Po’s way. His followers did not understand his response and thought he was a coward until Lin explained to them, ‘When two tigers fight, one will perish. I am behaving this way in order to put our country’s interests before private feuds so that we can have enough strength to survive threats from our enemies.’ When Lian Po heard this, he came to Lin’s residence and begged for forgiveness. The two then became friends for life.

In Fig 1 & 2, General Lian Po was apologising to Lin in front of the King of Zhao, while the other ministers present congratulate the king for his luck in being surrounded by such sensible courtiers.