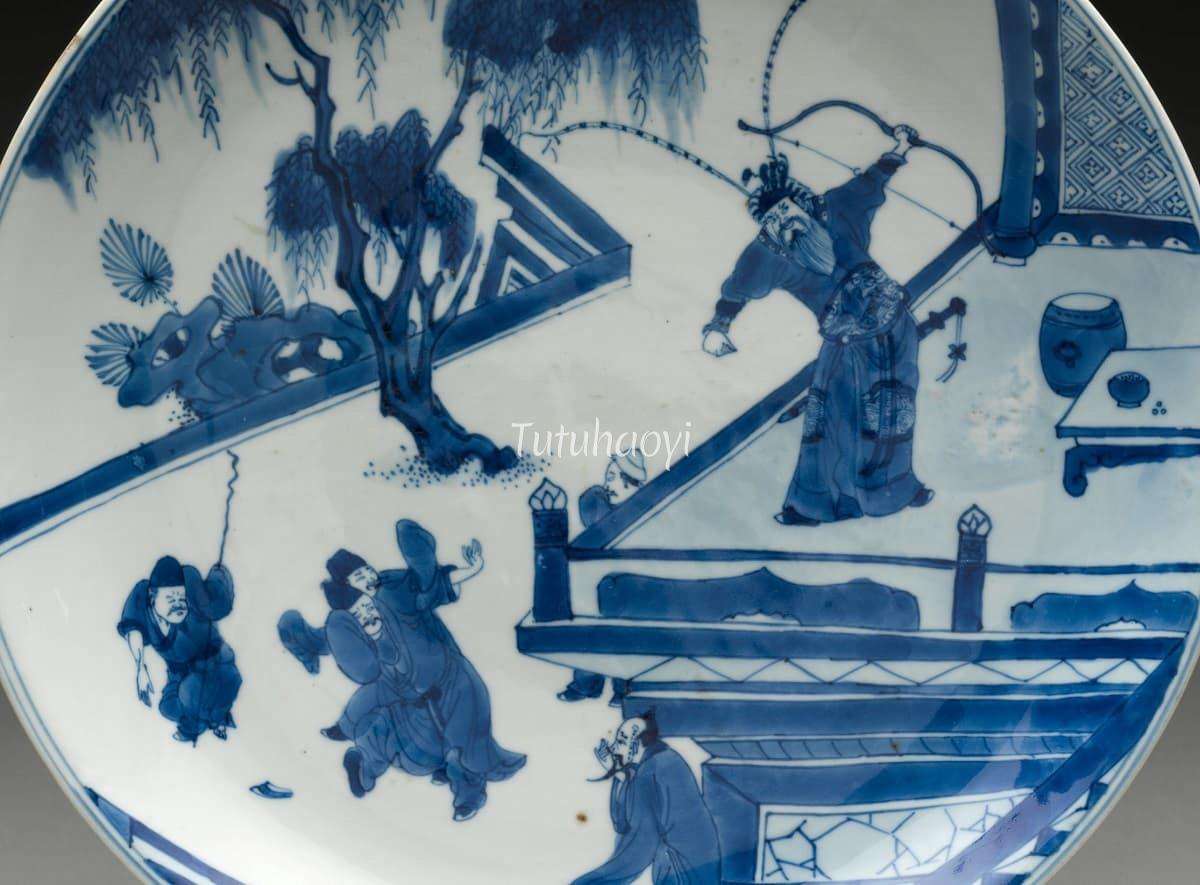 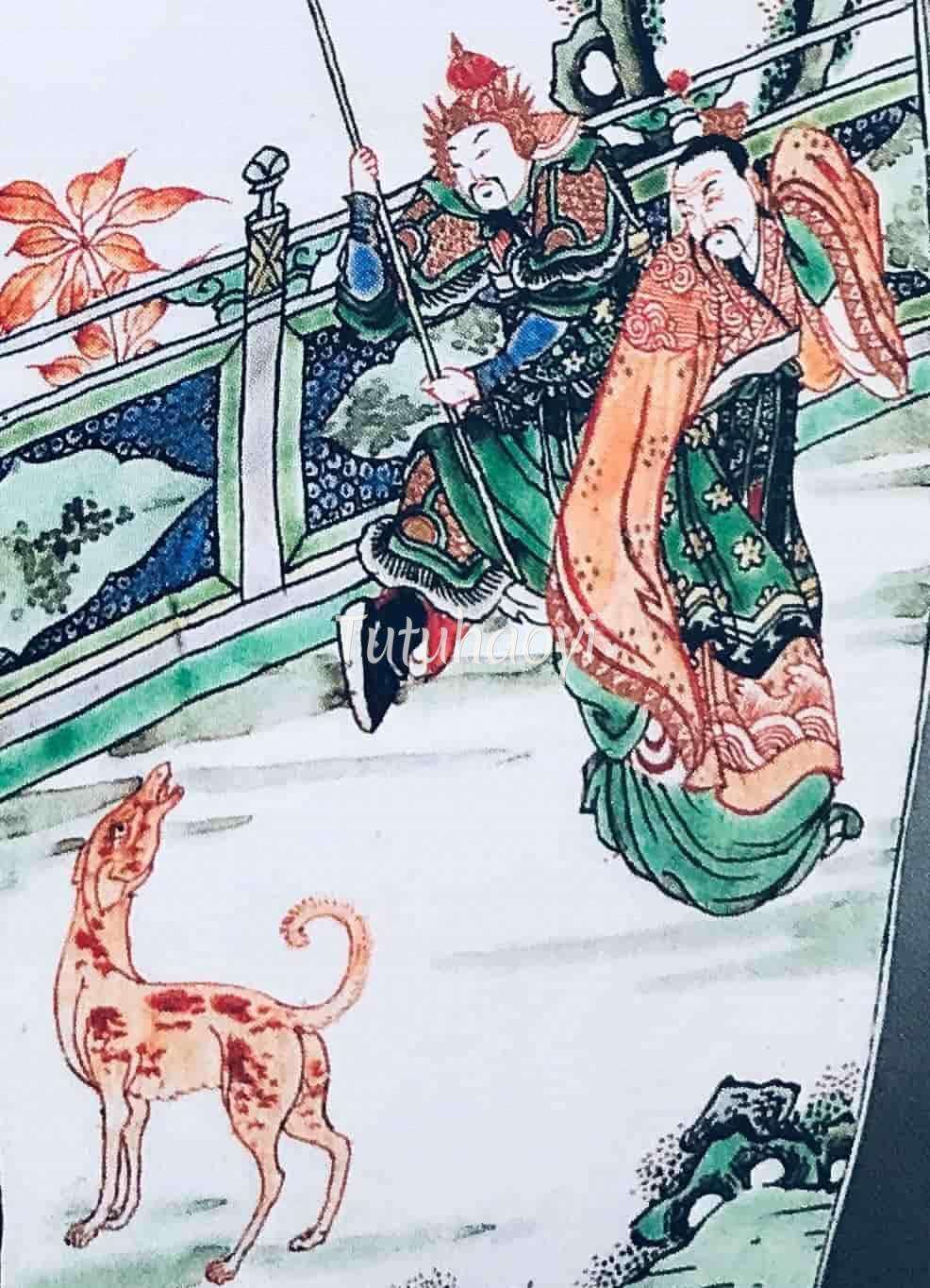 When the old duke of Jin (晋) passed away, his heir was still in the cradle. It was with the powerful minister Zhao Dun (赵盾)’s support that he succeeded in ascending the throne. Unfortunately, the young duke, who was posthumously given the title Duke Ling of Jin, Jìn Líng Gōng (晋灵公, ? – 607 BCE), became increasingly the opposite of an ideal ruler. When the righteous Zhao Dun tried to alter the young duke’s misbehaviours by repeated remonstrances, he aroused resentment in the duke’s heart, who subsequently made several attempts on his life.

Once he made the excuse to invite Zhao to drink with him while soldiers were gathered to ambush him. Zhao’s retainer Timi Ming (提弥明) realised the plot and rushed to the table to rescue his master. When Zhao was supported to leave the place, the duke sent his immense dog to attack him. Timi was a valiant fighter and he smote the brute and put an end to it.

This scene served as a classic admonishing example for statesmen and rulers alike. The young duke of the State of Jin (晋) who was posthumously given the title Duke Ling of Jin, Jìn Líng Gōng (晋灵公, ? – 607 BCE), has been known as a ‘ruler who does not deserve his title (bu jun 不君)’. His despotic behaviour was enumerated in the records by historiographers. For example, he levied heavy taxes to build more fancy palaces; he had the chef killed only because he didn’t cook his bear paws soft enough; and, when he was bored with shooting birds and animals in his ever-expanding parks, he whimsically indulged in shooting his ministers and pedestrians with catapult slingshots from his palatial terrace and enjoyed watching the victims suffering from the hazard and ducking the pellets.