Evidently, Zhao Kuangyin (赵匡胤 927-976), Emperor Taizu of the Song dynasty (宋太祖), often paid unofficial surprise visits to his courtiers. As a result, his ministers did not dare to change their official attire into casual wear even when they returned home from court. They had to be ready for imperial visits any time and did not want to appear discourteous when the emperor arrived.

As Emperor Taizu’s most entrusted strategist, Zhao Pu (赵普 922-992) was the most important politician in the court of the first two Song emperors, Taizu and Taizong (宋太宗 939-997). Emperor Taizu often consulted him on matters of national security and power consolidation. ‘Emperor Zhao Kuangyin Visiting Grand Chancellor Zhao Pu on a Snowing Evening’ is an epitome of the emperor’s comradeship with his right-hand-man.

One bitterly cold snowy evening, Zhao looked at the blowing snow outside with a sense of relief. He thought that it would be most unlikely that the emperor would come out of his palace in such weather. No sooner had Zhao Pu sat down with a book than he was informed that the emperor was at the gate.

Zhao Pu hurried to the courtyard and knelt down to welcome the sovereign. Double mattresses were laid on the floor of the hall and barbecue grill racks were set to cook meat. When Zhao Pu’s wife came out to serve wine, the emperor addressed her as ‘Sister-in-law’.

During this casual home visit, the emperor told Zhao Pu his grave concern of reunifying China. Sure enough, Zhao Pu came up with effective strategies to subjugate various small kingdoms starting from the south, which was fertile and rich but weak in combat forces. The meeting laid the foundation of the following nineteen-year military campaigns that reunited the Chinese people.

Other stories of emperors from different dynasties:

Night Revel of the Emperor Yang of the Sui Dynasty 隋炀帝夜游西苑 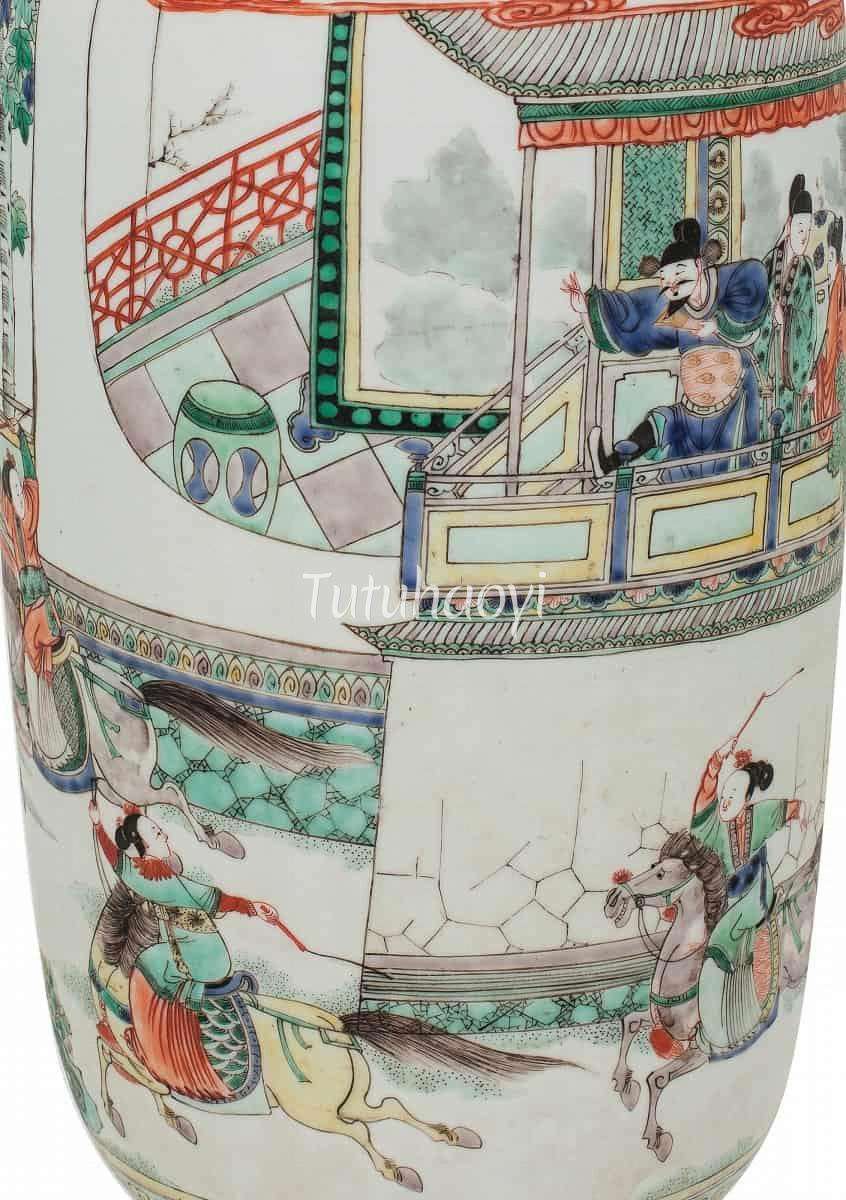 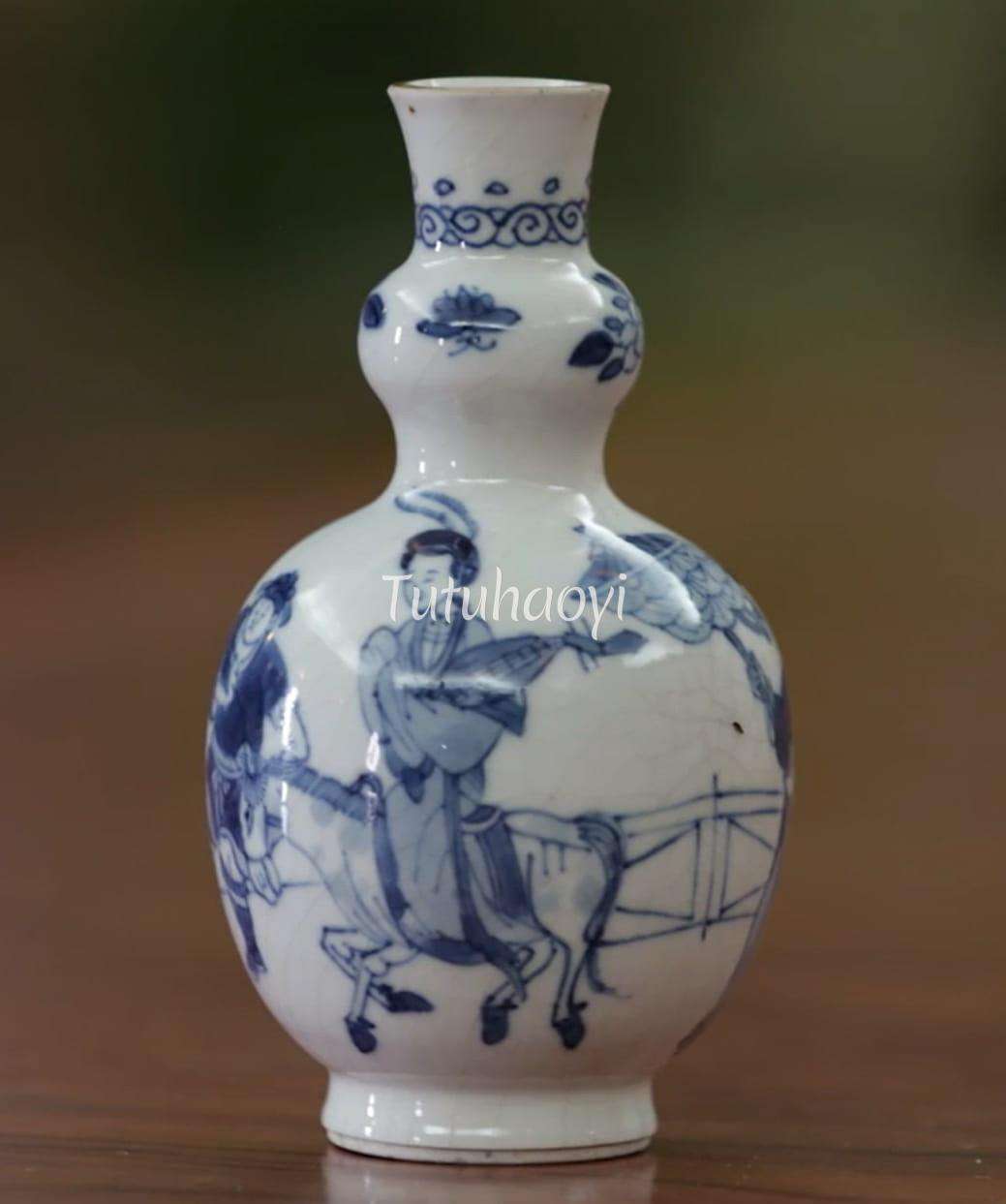 Lady Wang Zhaojun Going out of the Frontier Pass

Wang Zhaojun (王昭君, c.52 – c.15 BCE) was one of the court ladies in the harem of Emperor Yuan of the Western Han dynasty (汉元帝, 206 BCE – 8 CE). It was not possible for the emperor to meet every one of the three-thousand concubines, so he had a court painter paint their pictures to facilitate his selection process. Every lady tried very hard to win the painter’s favour so that the painter can represent them in a more flattering image. But Lady Wang Zhaojun was confident in her own beauty. She didn’t want to bribe the painter. As a result, the painter didn’t show her beauty in the portrait and the emperor never noticed her.

During that time, some nomadic groups from the western region invaded China quite often, so the emperor wanted to make peace with them by marrying some of his ladies to the chieftains. On one occasion, Lady Wang was chosen. When Lady Wang was unveiled at the court, her beauty stunned everybody present and the emperor was deeply regretted for not knowing her earlier. However, it was too late for the emperor to keep her and he had to let her go.

The journey to the new home was long and arduous so Lady Wang was given a pipa (琵琶), a Chinese musical instrument, to pass time and the pipa became her signature attribute. Because of her marriage with the Xiongnu (匈奴) chieftain, the region remained peaceful for decades. Lady Wang Zhaojun was credited as one of the four most beautiful women in the whole Chinese history.

Dr Yibin Ni explains in his blog the provenance of the porcelain bottle in Fig 1.