The traditional theme of ‘Chen Ping Dividing Meat’(陈平分肉) is often mistakenly referred to as Chen ‘Selling Meat’ or even ‘Picture of Selling Meat’ in Chinese art reference books, which reduces a historically significant theme to a mere genre painting. See how Dr Yibin Ni analyses this with examples. 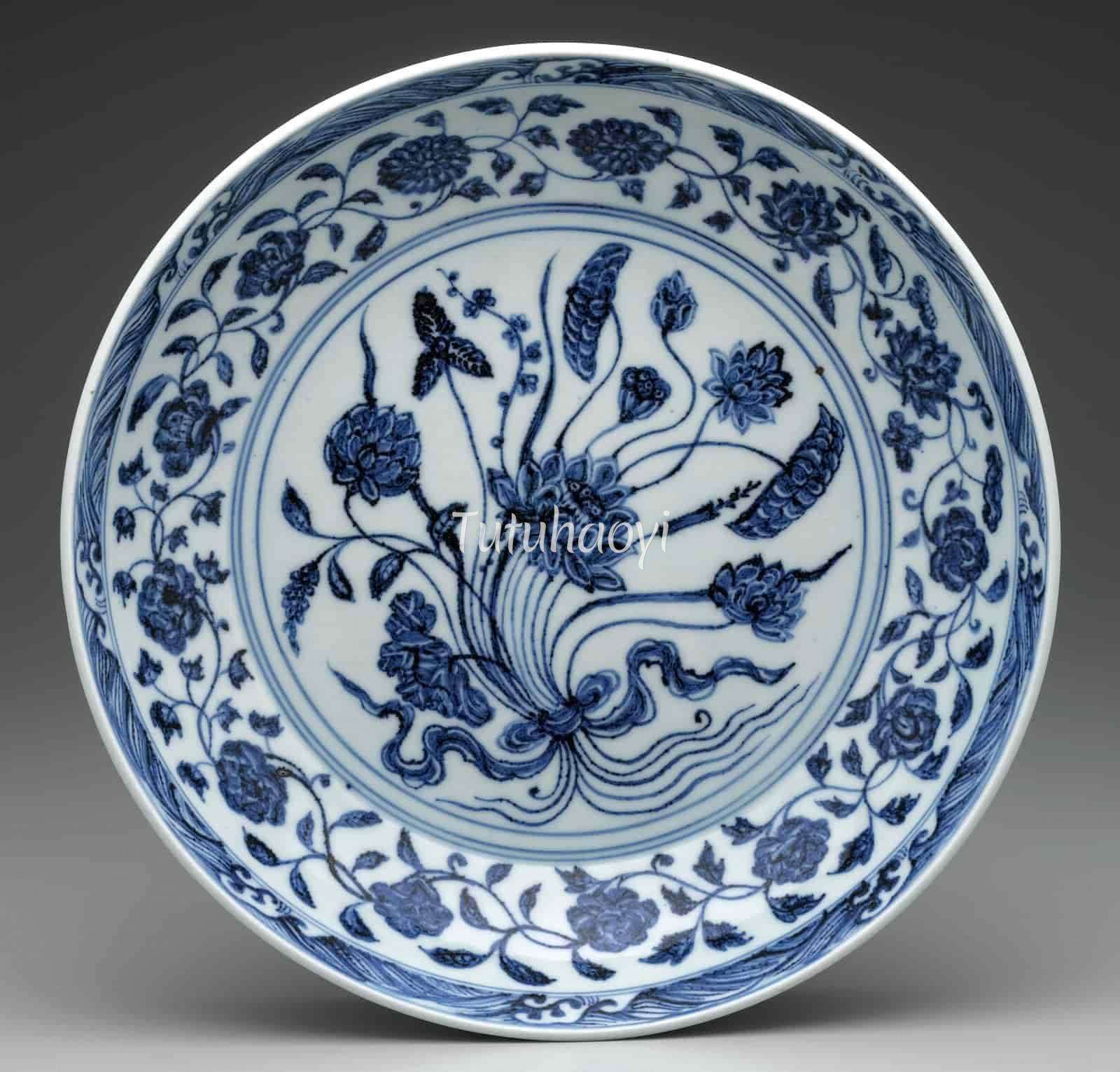 Also called ‘yi shu lian’ (一束莲). The motif is presented as ‘a ribbon-tied bouquet of lotus in bud, full bloom, and seed pods accompanied by leaves, with or without some other water plants such as arrowheads’. The earliest example of this design can be traced back to those found on Yaozhou ware potted in the Song dynasty (960 – 1279). Lian Hua (lotus) is also called ‘he hua (荷花)’. It is different from ‘shui lian (睡莲, water lily)’ which is another kind of water plant.

The first character of lotus in Chinese, ‘lian (莲)’, has been used to pun for ‘lian (廉)’ which means being fair and uncorrupted in one’s official position. 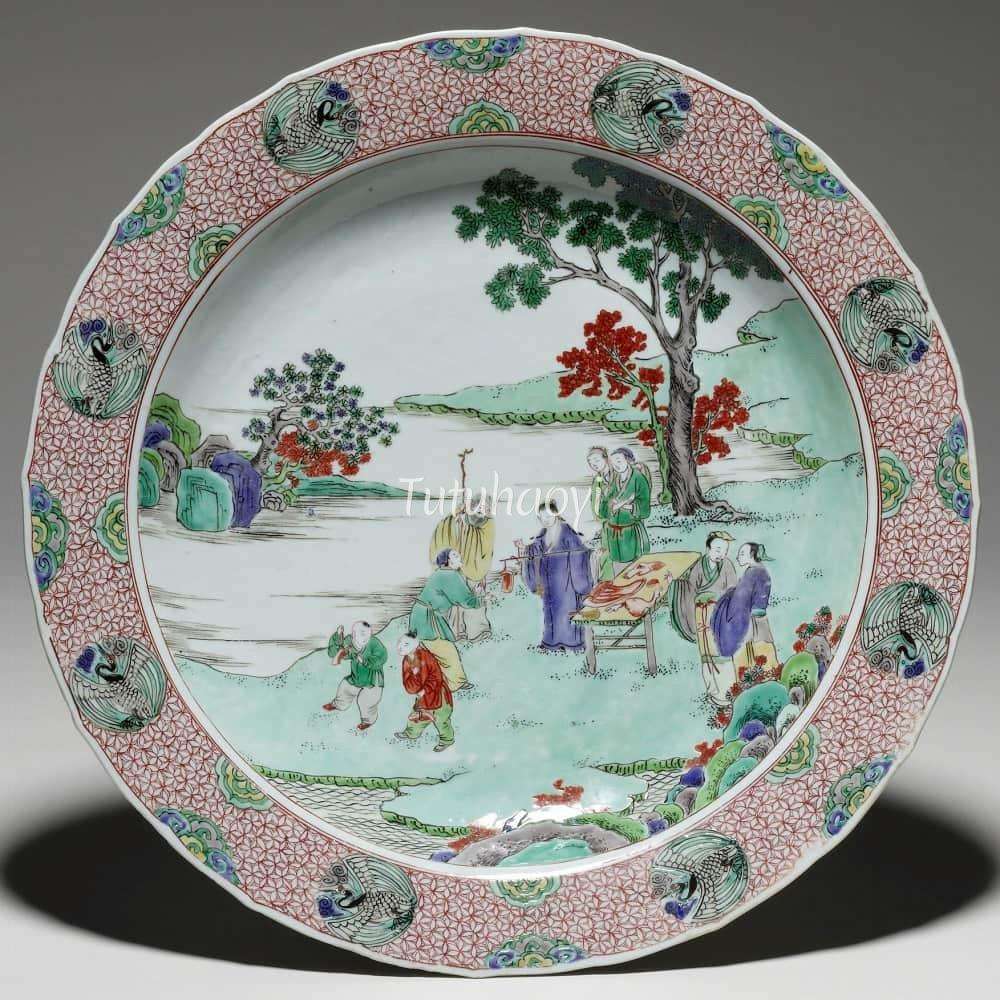 Young Chen Ping (陈平, ?–178 BCE), later a minister of Western Han dynasty, as being an exemplar of fairness in his everyday work. According to Sima Qian’s (司马迁, 145BCE – ?) famous work Historical Records – Prime Minister Chen’s Family (史记 – 陈丞相世家 ), one day, Chen Ping’s village held a ceremony to offer sacrifice to the Earth God. He was entrusted as the arbitrator to divide the meat offerings among attending villagers after the ceremony. As he divided the meat offerings in very even quantities, a village elder remarked that Chen was very impartial, to which he replied ‘Should I one day take rule of the land, I would rule it as impartially as I split the meat offerings.’

The story scene depicted in the centre of the Kangxi plate in the collection of the British Museum was first unveiled by Dr Yibin Ni. His article with historical pictorial and literary evidence is published here.