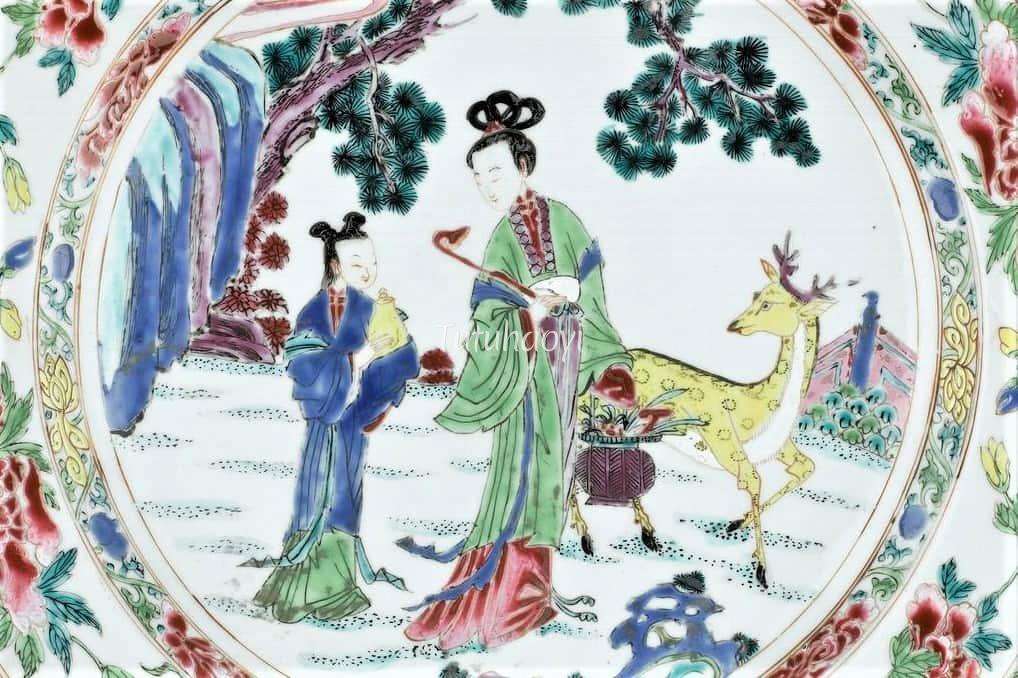 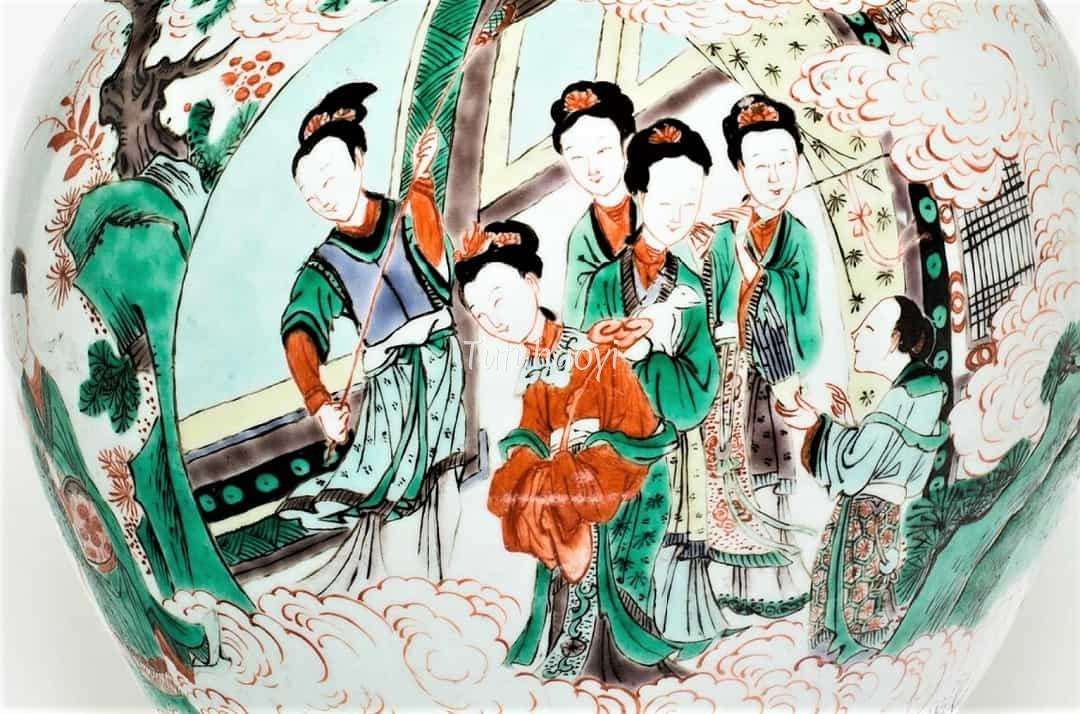 In Chinese culture, the Mid-Autumn Moon Festival is related to the legendary fairy Chang E, the Moon Goddess. We often see a hare, her loyal companion, and an osmanthus tree in the picture with her against a background of the Moon Palace. However, why does Chang E often hold an osmanthus sprig, and what does she have to do with scholars attending civil-service examinations? Let’s invite Dr Yibin Ni to explain to you with his interesting literary research findings. 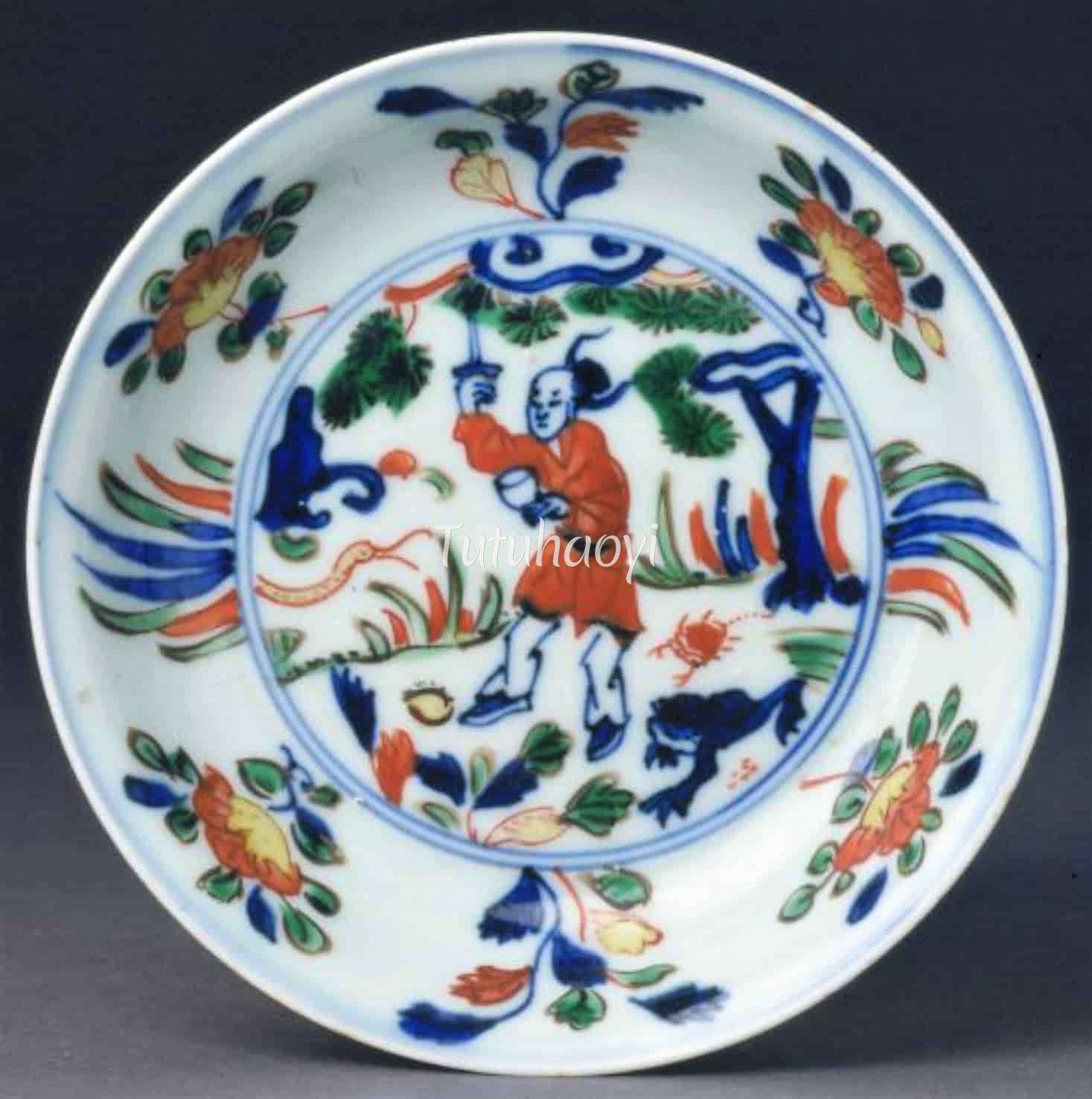 In traditional Chinese customs, the fifth day of the fifth month of the lunisolar calendar is regarded as one of the most dangerous days of the year when evil spirits and hazardous creatures lurked around. Notably, five noxious creatures were identified, known as ‘Five Poisons (五毒 wǔ dú)’. Initially, they are the centipede, the lizard, the scorpion, the snake, and the toad.

In order to deal with the hazards and quell the evil spirits more effectively, the exorcising power was personified as a ‘heavenly master’, often riding a tiger. A Dream of Sorghum (梦梁录 Mengliang Lu), an account of the daily-life in the capital Lin’an (臨安, modern-day Hangzhou 杭州) during the Southern Song dynasty (南宋, 1127-1279) is one of the earliest sources to mention the ‘Heavenly Master Zhang (张天师)’ as a Duanwu festival (端午节) decoration. An effigy of him made from calamus or the rice-paper plant would be hung on the lintel, sometimes together with heads of the tiger and other auspicious beasts, to protect the household.

History of the Ming Court (明宫史 Ming Gongshi), a Ming-dynasty book mentions that pictures of the Heavenly Master, or a young deity, or a fairy subduing the Five Poisons with a sword would be framed and hung on the lintel for a whole month, just like the door gods during the Chinese New Year (‘门上悬挂吊屏，上画天师或仙子、仙女执剑降五毒故事’). Such images are now still available on porcelain, metal ornaments, and embroidered fabric.

Summer solstice, the longest day in the year, occurs in the fifth month of the Chinese calendar and Chinese astronomy believes that it stands for the apogee of the yang force in the annual cycle. Ancient philosophers warned in Classic of Changes (易经 Yi Jing) that ‘When the sun has reached the meridian height, it begins to decline (日中则昃)’ [Commentary on the fifty-fifth hexagram 丰 Feng]. The Book of Rites (礼记 Liji), one of the core texts of the traditional Confucian canon, has a section entitled ‘Proceedings of Government in the Different Months (月令)’. It considers the fifth month as ‘one during which the yin and yang forces struggle and the tendencies to death and life become apparent (阴阳争﹐死生分).’  In a word, the ancients believe that the day the yang force arrives at the highest point is the day we have to be on alert because it means in the present cycle the yang force is destined to diminish. It evolved into the folklore belief that the fifth month is an inauspicious one (‘五月俗称恶月’), as per Festivals and Seasonal Customs of the Jing-Chu Region (荆楚岁时记 Jingchu Suishiji), and the fifth day of the fifth month, Duanwu (端午 duānwǔ), came to be regarded as one of the most dangerous days of the year when evil spirits and hazardous creatures lurked around. Notably, five noxious creatures were identified, known as ‘Five Poisons (五毒 wǔ dú)’. Initially, they are the centipede, the lizard, the scorpion, the snake, and the toad.

Read Dr Yibin Ni‘s academic blog here to learn more customs that Chinese people practise on this day and how Heavenly Master Zhang (张天师) was personified as a Duanwu festival decoration as well as for quelling the evil spirits. 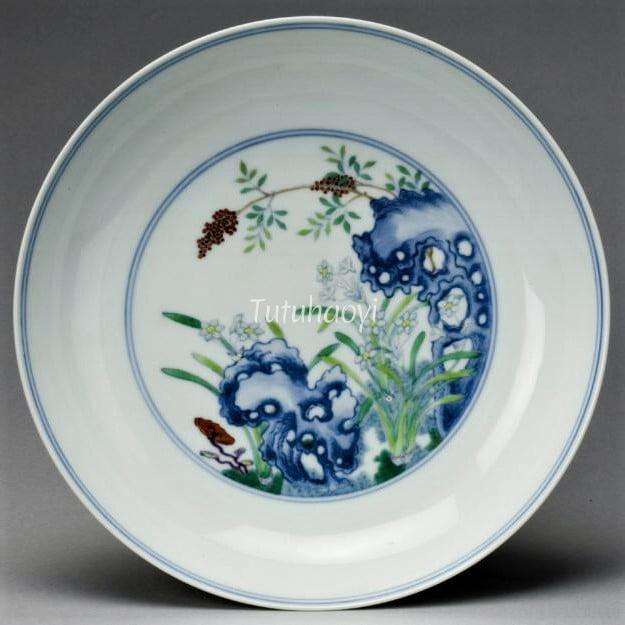 Heavenly immortals and fairies are celebrating your birthday

Garden Rocks, sometimes with characteristic holes in them, have a nickname ‘shoushi 寿石’, which means ‘longevity rock’ for being resistant to wear and tear and lasting in nature and thus are often used to convey the meaning of ‘shou 寿’ for ‘longevity’.

A composition comprising of these pictorial elements has traditionally been used by the Chinese to send good wishes to a birthday boy or a birthday girl.

Simply regarding these purposefully and beautifully arranged floral compositions as a botanical feast, as they are treated in some museum catalogues, would fall short of their creators’ thoughtful design.

The birthday party of the Queen Mother of the West

The Eight Immortals (八仙 ba xian, in Chinese) are eight colourful Daoist personalities well-known in Chinese popular culture for over seven hundred years. 仙 (xian) in Chinese means ‘those who have achieved longevity, immortality, and enlightenment’ and their artistic characterisation in extant dates back as early as the 3rd-century BCE, as ‘a male figure riding on a dragon’. Xian immortals can live on air and dew, fly without wings, and are resistant to the harmful effects of the elements. They possess many desirable traits in human society such as being free from anxiety, acting with spontaneity, and even forever having skin as smooth as that of a baby.

The Eight Immortals represent a wide spectrum of the society: male and female, rich and privileged and poor and downtrodden, old and young. They are Zhongli Quan (钟离权, or 汉钟离), Lv Dongbin (吕洞宾, or Lü Dongbin), Cao Guojiu (曹国舅), Han Xiangzi (韩湘子), He Xiangu (何仙姑), Lan Caihe (蓝采和), Li Tieguai (李铁拐), Zhang Guolao (张果老). Each of the Eight Immortals typically has specific emblems as his or her distinctive attribute. Zhongli Quan holds a fan or peach. Lv Dongbin has a sword. Cao Guojiu carries a clapper of several long, flat pieces of wood, or an official’s writing tablet in court, hu (笏). Han Xiangzi plays a bamboo flute. He Xian’gu, the only female among the eight, carries a stem of lotus flower or a long-handled bamboo colander. Lan Caihe has a basket of flowers. Li Tieguai leans on his iron crutch with a gourd often in his hand. Zhang Guolao, the oldest among the eight, is usually identified with his membranophone fish drum (渔鼓 yugu). These emblems can be used independently in decoration as the ‘Covet Eight Immortals (暗八仙 an ba xian)’. The Mid-Autumn Moon Festival falls on the night of full moon in the eighth lunar month. Chang’e, the Moon Goddess, is usually associated with this family-union occasion, together with the festival food – the moon cake (月饼). A legend recorded in an ancient Chinese book, The Huainanzi (淮南子 The Discourses of the Huainan Masters), compiled around 139 BCE, says that a beautiful girl called Chang’e (嫦娥) has been living on the moon for thousands of years. Chang’e’s husband was the legendary archer, Hou Yi (or Houyi 后羿), and he was given the elixir of immortality by the Queen Mother of the West (西王母 Xiwangmu) for his merits. Out of boredom and curiosity, Chang’e tasted the elixir. As a result, she turned into an immortal. Her body became so light that she ascended to heaven, ending up in the nearest planet, the moon. On the moon, there was a huge osmanthus tree, a toad, and a hare grinding the tree bark with a pestle in a mortar to prepare some magic cure. The adorable hare became Chang’e’s loyal companion. Chang’e also gradually evolved into the role of the osmanthus sprig giver from the Moon Palace.

In one of the earliest story scenes of Chang’e’s extraordinary feat, she has a human body and a dragon’s rear end. The moon is marked by the toad in the middle. Both Chang’e and the moon are floating among vapour clouds and ball-like stars and planets. This stone carving was excavated from a Han-dynasty (202 BCE – 220 CE) tomb in the outskirts of Nanyang city, Henan province in 1964.

On a Tang-dynasty (618-907) bronze mirror in the collection of the National Palace Museum, Taipei, Chang’e, her entourage, and specific environment attributes are fully displayed. Chang’e appears as a beautiful fairy in a silk gown with sashes flying around her body. The hare has his set of a pestle and a mortar beside him. On the right, there is the huge osmanthus tree, under which is the toad, symbolising the moon, the embodiment of the essence of the yin energy (阴精). The tortoise is a longevity symbol in traditional China because they were believed to be able to live for a thousand years by the ancients. It was added to the scene as the knob of the mirror, since scenes involving immortals are often used as longevity symbols and thus birthday presents for elders.

During the Ming dynasty (1368-1644), Chang’e was still used to adorn daily utensils and display ornaments to imbue the environment with auspicious aura. The cute hare adds femininity to the design and therefore was popular in women’s inner chambers.

Plucking a Sprig of Osmanthus Blossom from the Moon Palace 蟾宫折桂

Plucking a Sprig of Osmanthus Blossom from the Moon Palace

The osmanthus tree prominent in the Moon Palace came to be a symbol for elite talents in the Jin dynasty 晋朝 (265-420). In around Tang dynasty (618-907), ‘plucking a sprig of osmanthus blossom’ became a metaphor for ‘becoming a top contestant who passes the civil-service examinations with flying colours’. Since there was a famous osmanthus tree in the Moon Palace and Chang’e the Moon Goddess (嫦娥) was the perfectly presentable permanent resident there, she gradually evolved into the role of the osmanthus sprig giver. Just like the Greek goddess Nike who rewarded winning warriors with a wreath of laurel leaves, Chang’e with a small branch of osmanthus flowers symbolised academic success in imperial China. Thus, art works bearing images of Chang’e bestowing a sprig of osmanthus blossom to scholars have become suitable presents for those who sit for exams ever since.