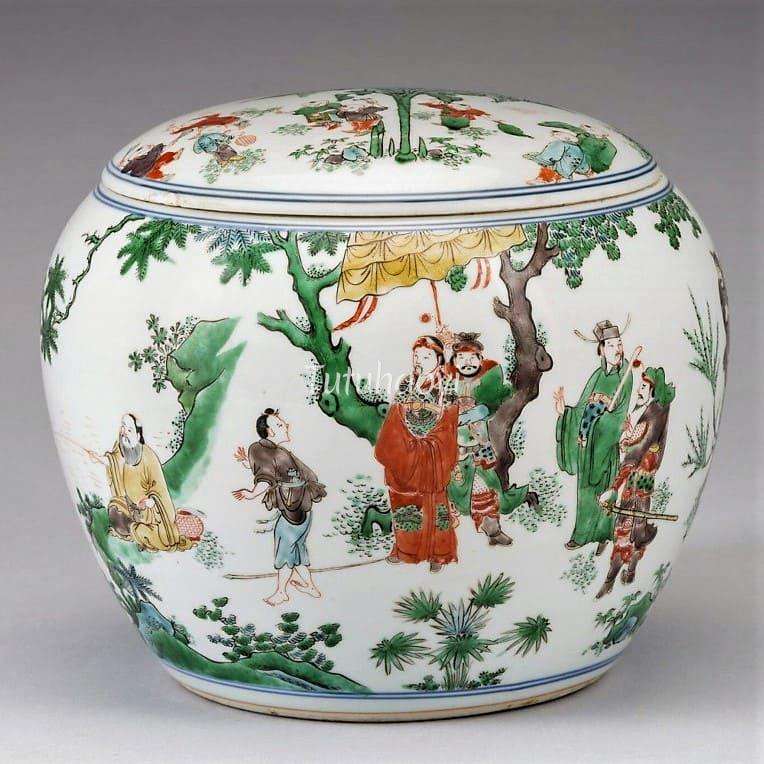 When the Baron of the Zhou vassal state (周西伯) did a divination with oracle bones for his imminent hunting trip, the message came: ‘You will not catch a small bear or a large bear, but a teacher will be presented to you by the divine power.’ After bathing and fasting for three days, the baron arrived at the River Wei, he saw an elderly man sitting on a grassy mat with a fishing rod beside him at the bank. The baron respectfully bowed to him and politely asked him to be his mentor. He invited the man to sit in his vehicle on the way back to the capital. This elderly man was Jiang Ziya (姜子牙), the famous sage strategist in ancient China. Later, when the baron passed away, his son, who posthumously bestowed his father the title of King Wen (文王), called himself King Wu (武王). With the able assistance of Jiang, who was then respectfully called Jiang Taigong (姜太公), King Wu launched a military campaign to overthrow the ruling Shang house (商, ca. 1600 BCE-1046 BCE) and established the new Zhou dynasty (1046 BCE-256 BCE), which lasted about eight hundred years.

Here is another story about Jiang Ziya on his assistance to King Wu in launching a military campaign to overthrow the Shang house. Dr Yibin Ni also wrote an article on the identification of Jiang’s famous yet mysterious ride.