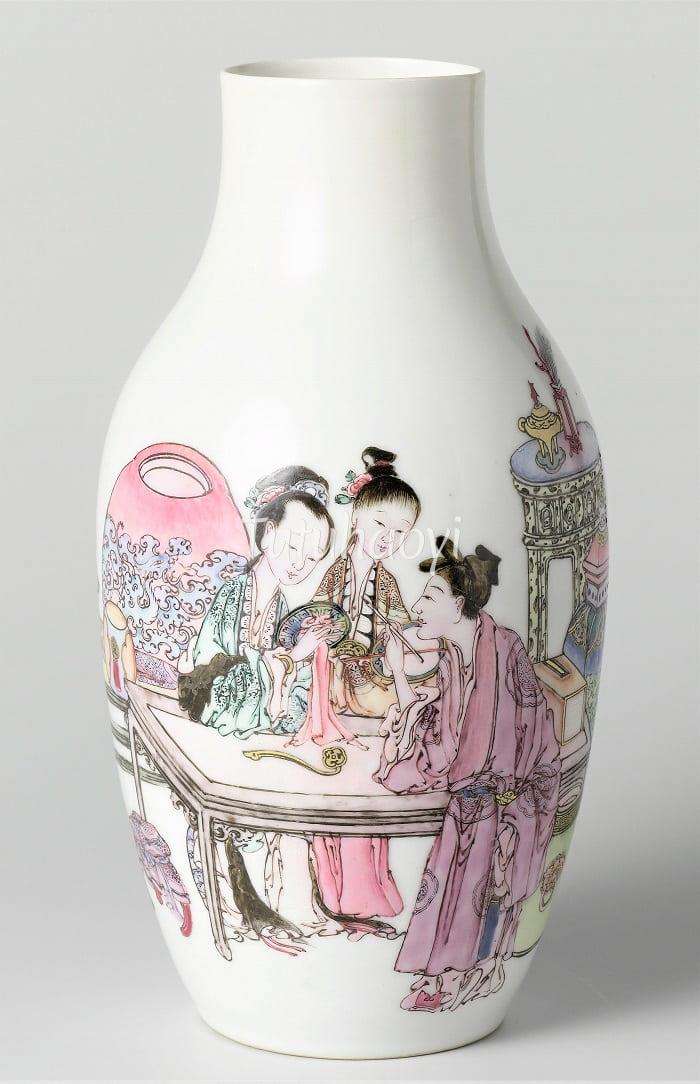 Zhang Chang (张敞, ?- 48 BCE) and his wife grew up in the same village. When they were both children, Zhang Chang once threw a pebble at his future wife and, unfortunately, the scratch left a scar on one of her eyebrows. Later, Zhang became a civil servant and learned that the girl he once hit with a pebble was unmarried because of her marred face. He went to propose to her. After they got married, Zhang made a practice of painting his wife’s eyebrows every morning to cover up the scar. When Zhang Chang served as the Mayor of the capital, Emperor Xuan of Han dynasty (汉宣帝, reigned 74-48 BCE) rallied him on the point. He replied, ‘There were more intimate things that a husband would do to his wife in the bedchamber. (闺房之乐, 有甚于画眉者)’ The story remained a famous example of harmonious marriage in imperial China.