People who are not familiar with Chinese history and parables may have the impression that the above image is a genre painting of fisherman’s daily life. But in fact, there is more meaning to it. Dr Yibin Ni will explain the story in detail and how this story scene has been presented in various forms of artworks. 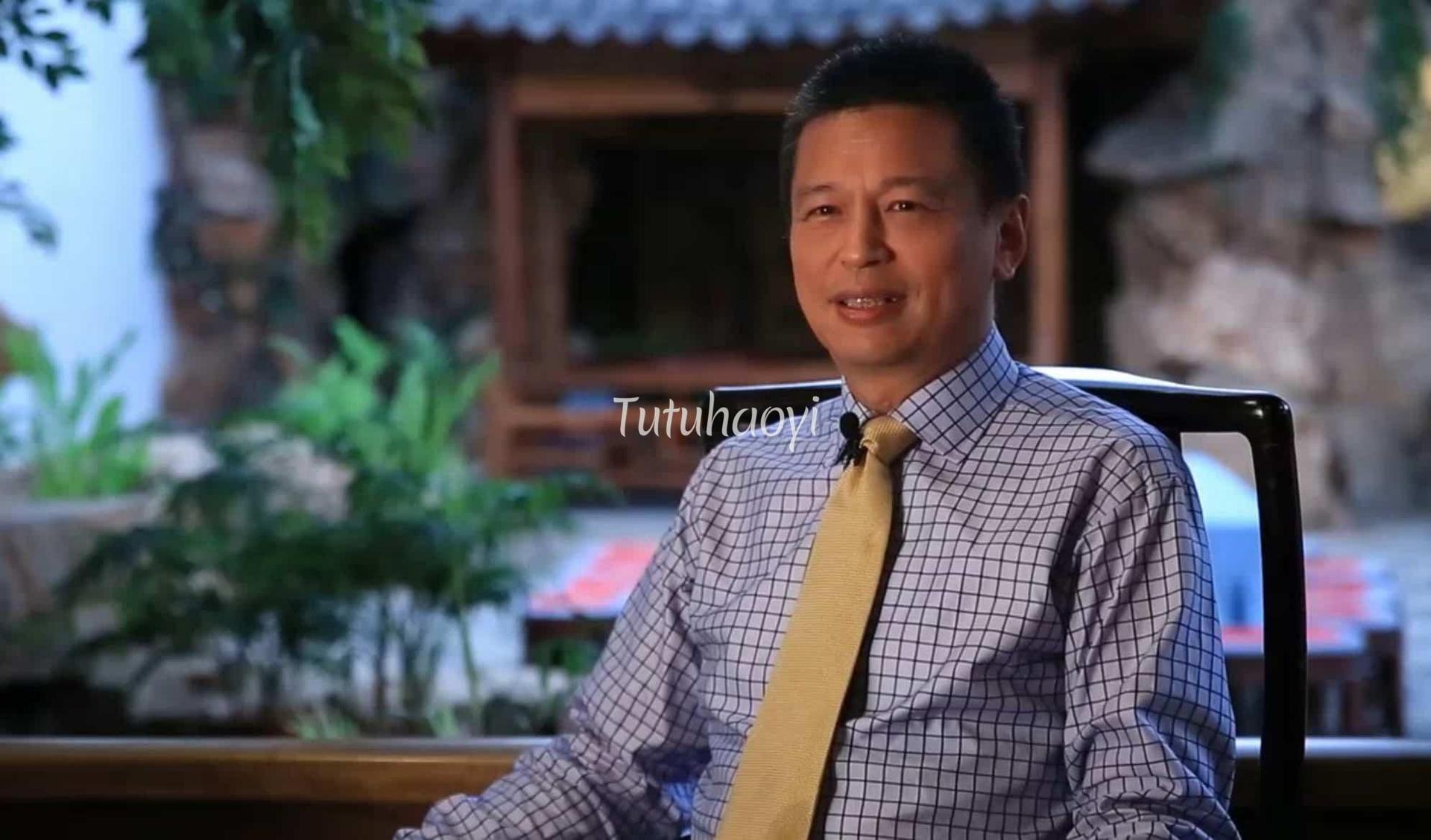 Mr Henk B. Nieuwenhuys from the Netherlands is the first foreigner who has kindly donated his art collection to China. Here are short video clips from a documentary made for this special event, in which Dr Yibin Ni was invited to introduce Nieuwenhuys’ antique collection and the story depicted on the porcelain bottle. This scene is an episode from the Ming drama ‘The Story of the Girl Holding a Red Fly Whisk (红拂记 Hongfu ji)’.

Through twists and turns, the Curly Beard realised that Li Shimin 李世民 (598 – 649) was the true ‘dragon’s son’ and, therefore, destined to be the future ruler of the Tang dynasty (618 – 907) and decided not to compete with him. After Curly-bearded Fellow handed over to Li Jing and Red Fly Whisk all his possessions, he left for overseas to start his cause of taking over a small kingdom of Fuyu in the south-east sea. Before his departure, he told the couple that in ten years’ time they would hear his success and should celebrate this occasion by pouring him a libation of wine toward south-east.

In the present scene, the sensible knight Zhang with his signature baby-dragon-like (虬髯) beard is riding a horse, accompanied by his wife sitting in a wheeled sedan chair on their way abroad. Lady Wang Zhaojun Going out of the Frontier Pass

Wang Zhaojun (王昭君, c.52 – c.15 BCE) was one of the court ladies in the harem of Emperor Yuan of the Western Han dynasty (汉元帝, 206 BCE – 8 CE). It was not possible for the emperor to meet every one of the three-thousand concubines, so he had a court painter paint their pictures to facilitate his selection process. Every lady tried very hard to win the painter’s favour so that the painter can represent them in a more flattering image. But Lady Wang Zhaojun was confident in her own beauty. She didn’t want to bribe the painter. As a result, the painter didn’t show her beauty in the portrait and the emperor never noticed her.

During that time, some nomadic groups from the western region invaded China quite often, so the emperor wanted to make peace with them by marrying some of his ladies to the chieftains. On one occasion, Lady Wang was chosen. When Lady Wang was unveiled at the court, her beauty stunned everybody present and the emperor was deeply regretted for not knowing her earlier. However, it was too late for the emperor to keep her and he had to let her go.

The journey to the new home was long and arduous so Lady Wang was given a pipa (琵琶), a Chinese musical instrument, to pass time and the pipa became her signature attribute. Because of her marriage with the Xiongnu (匈奴) chieftain, the region remained peaceful for decades. Lady Wang Zhaojun was credited as one of the four most beautiful women in the whole Chinese history.

Dr Yibin Ni explains in his blog the provenance of the porcelain bottle in Fig 1.

May you live in harmony

May you enjoy peace and harmony 安和 May you enjoy a peaceful life year after year

May you both live a peaceful life 双安

May everything go smoothly with you

The Chinese character ‘ping 苹’ in ‘ping guo 苹果’ for ‘apple’ can make a pun on ‘ping 平’ for ‘peace’. The word ‘an 鹌’ in ‘an chun 鹌鹑’ for ‘quail’ puns on ‘an 安’, another Chinese word for ‘peace’. The word ‘li 荔’ in ‘li zhi 荔枝’ for ‘lychee’ sounds the same as ‘li 利’ for ‘profit’. Thus, this seemingly random juxtaposition of lychee, quails, and apples was used by the prominent 20th-century Chinese painter Qi Baishi (齐白石, 1864 – 1957) to convey a good wish for the recipient of the painting to enjoy both wealth and peace. May the country enjoy peace and good order permanently

The combination of the first and third words in ‘chang wei zhi 长尾雉’ for ‘long-tailed pheasant’ is ‘chang zhi’ and it puns on the phrase ‘chang zhi 长治’ for ‘long-term good order (in a country)’. The word ‘an 鹌’ in ‘an chun 鹌鹑’ for ‘quail’ makes a pun on ‘an 安’ for ‘peace’. Some images would even depict nine quails to make a pun on the number ‘nine (jiu 九)’ for ‘jiu 久’ meaning ‘for a long time’. Thus, these natural motifs form a pun rebus to convey the intended auspicious message to wish for a country to be in good order and a peaceful status for a long time. May the country be in peace and order forever

The word ‘an 鹌’ in ‘an chun 鹌鹑’ for ‘quail’ makes a pun on ‘an 安’ for ‘peace’. The combination of the first and third words in ‘chang wei zhi 长尾雉’ for ‘long-tailed pheasant’ is ‘chang zhi’ and it puns on the phrase ‘chang zhi’ for ‘long-term good order (in a country)’. Thus, these natural motifs form a pun rebus to convey the intended auspicious message.

Some images will depict nine quails to make a pun on the number ‘nine (jiu 九)’ for ‘jiu 久’ meaning ‘for a long time’. May peace bless you forever

The Chinese word ‘jiu 九’ for ‘nine’ puns on the word ‘jiu 久’ for ‘lasting’. The word ‘an 鹌’ in ‘an chun 鹌鹑’ for ‘quail’ makes a pun on ‘an 安’ for ‘peace’. Thus, the image of nine quails can be used to cue the auspicious message of ‘May peace bless you forever’.

May the country enjoy peace and good order permanently 长治久安

May you enjoy peace and happiness

The word ‘an 鹌’ in ‘an chun 鹌鹑’ for ‘quail’ puns on ‘an 安’ for ‘peace’. The word ‘‘xi 喜’ in ‘xi que 喜鹊’ for ‘magpie’ can mean ‘joy’ or ‘happiness’. Thus, the combination of quails and magpies can be used to convey the auspicious message of ‘May you enjoy peace and happiness’.

May unexpected good luck descend on you 喜从天降 May you enjoy peace and harmony

The word ‘an 鹌’ in ‘an chun 鹌鹑’ for ‘quail’ makes a pun on ‘an 安’ for ‘peace’. The word ‘he 禾’ for ‘cereal plant’ makes a pun on ‘he 和’ for ‘harmony’. Thus, the combination of quails and cereal plant can be used to convey the auspicious message of ‘May you enjoy peace and harmony’.

May you enjoy a peaceful life year after year 岁岁平安 Sending you a safe-and-sound message

The Chinese character ‘an 鹌’ in ‘anchun 鹌鹑’ for ‘quail’ makes a pun on ‘an 安’ for ‘peace’. The character ‘zhu 竹’ for ‘bamboo’ is a pun on ‘zhu 祝’ for the verb ‘to wish’ and thus is used here to cue the character cluster ‘zhubao 竹报 (祝报)’ for the verb phrase ‘to wish to announce or send’. Thus, a composition containing quails and bamboo can be used to convey a good wish that you be safe and sound.

This pun rebus design has a variation in which the image of firecrackers is used. The reverse of the Chinese characters ‘baozhu 爆竹’ for ‘firecracker’ is ‘zhubao’, which puns on the character cluster ‘zhubao 祝报’ for the verb phrase ‘wish to announce or send’. Bamboo can be kept in a vase as a table top decoration. The Chinese character ‘ping 瓶’ for ‘vase’ is homophonic to the word ‘ping 平’, which can cue the phrase ‘pingan 平安’ for ‘safe and sound’.

Furthermore, a scene of children lighting firecracker can be used to cue the good wish that the receiver be safe and sound for the reason explained above. May you both live a peaceful life

Punning Details: The word ‘an 鹌’ in ‘an chun 鹌鹑’ for ‘quail’ makes a pun on ‘an 安’ for ‘peace’. The Chinese word for ‘double’ is ‘shuang 双’. When there is a gathering of two quails, i.e.‘shuang an 双鹌’, a pictorial pun can be formed to mean ‘shuang an 双安’ for ‘both living a peaceful life’ or ‘double peace’.

Heavenly immortals and fairies are celebrating your birthday 天仙拱寿 May you live in peace and leisure

The word ‘an 鹌’ in ‘an chun 鹌鹑’ for ‘quail’ makes a pun on ‘an 安’ for ‘peace’. The word ‘ju 菊’ in ‘ju hua 菊花’ for ‘chrysanthemum’ puns on the word ‘ju 居’ for ‘to live’. Thus, the composition forms a pictorial pun that conveys the auspicious message of ‘May you live in peace and leisure’.

May you enjoy peace and happiness 安喜

May the country be in peace and order forever 久安长治 Quail is a middle-sized bird, and is nowadays farm-raised for table food and their eggs. However, they play an interesting role in traditional Chinese art with an auspicious meaning.

Quail’s Chinese name is ‘an chun’(鹌鹑). Its first character 鹌 (‘an’) is often used in Chinese language for its pun on ‘an’(安) which means peace and safety.

May you live in peace and leisure 安居

May the country be in peace and order forever 久安长治

May you enjoy a peaceful life year after year 岁岁平安