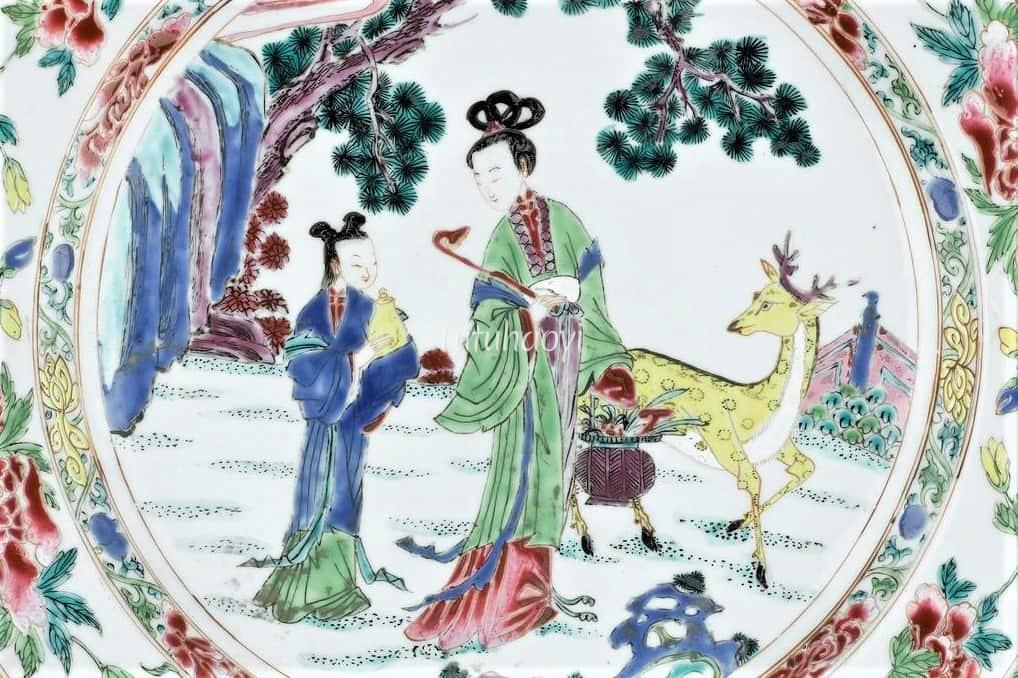 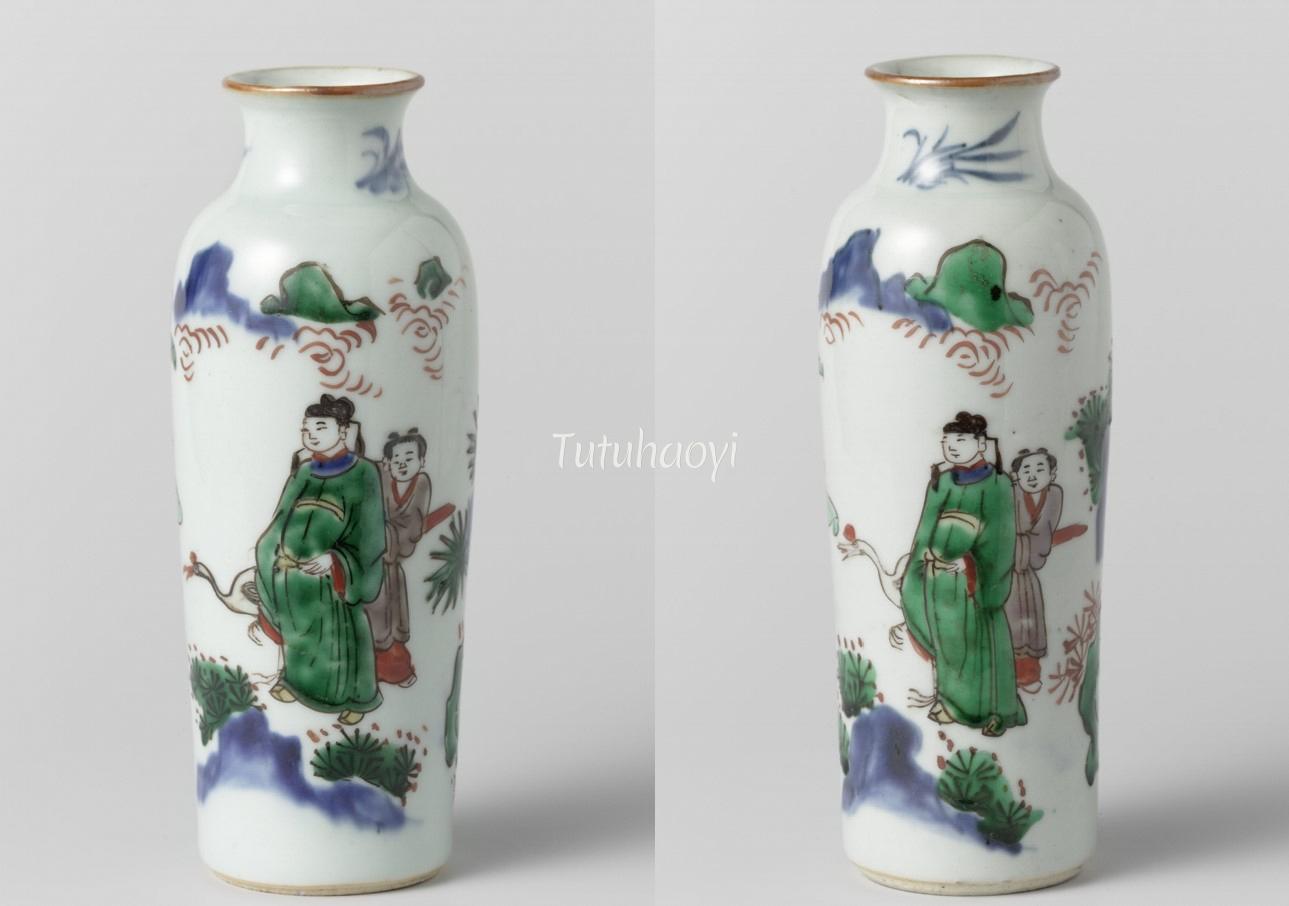 Understanding stories on Chinese porcelain: More than just an official and his attendants

Have you ever been puzzled by the description of ‘figural paintings’ for Chinese porcelains listed by various museums and auction catalogues? In fact, many Chinese paintings with figures refer to ancient stories and have meanings behind the scenes. Here is an unusual story about an official and his pet crane. 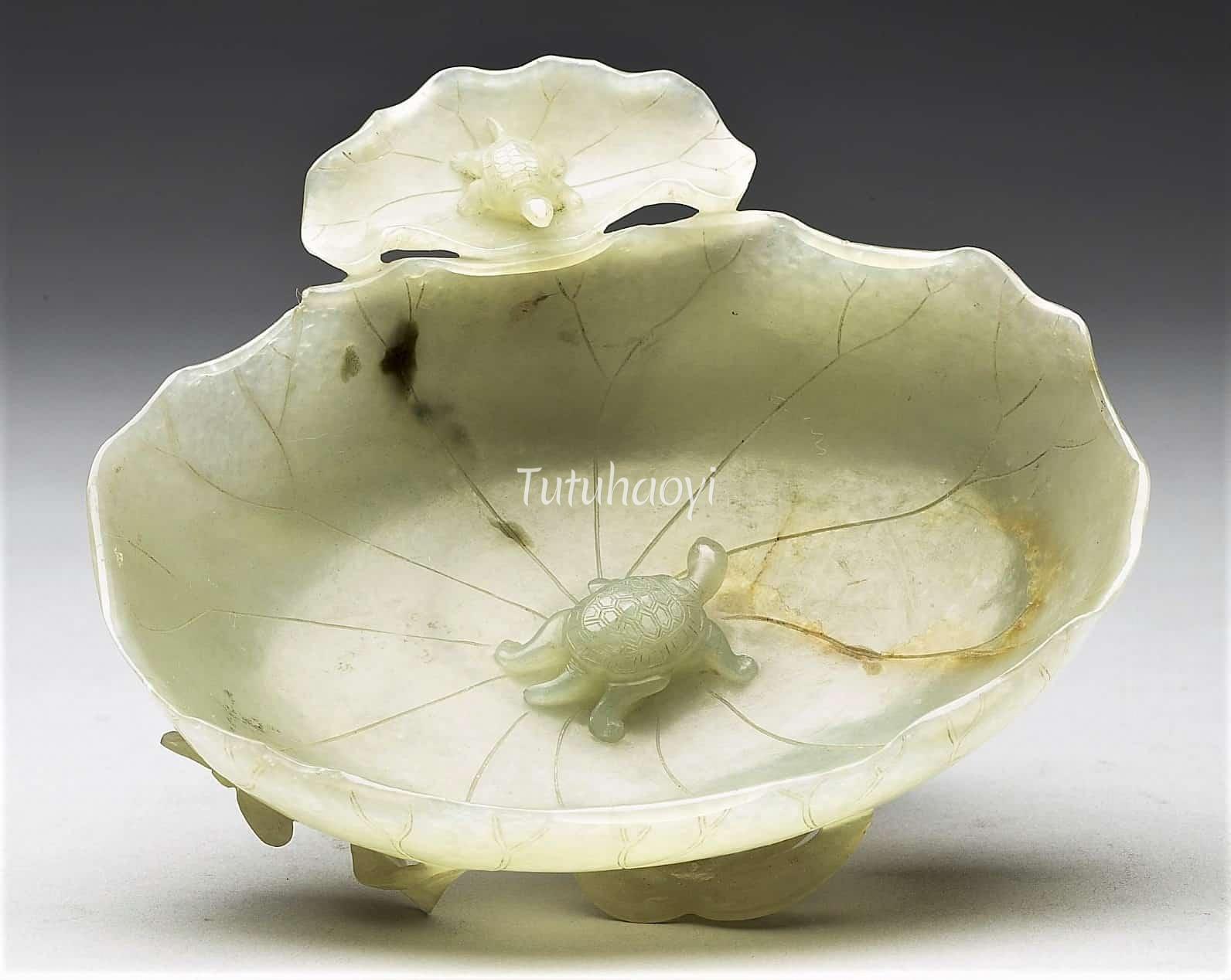 The character 龟 gui for ‘tortoise’ is explained in volume 13 of the annotated version of the oldest dictionary in China, Shuowen jiezi 说文解字注 (Explanations of Simple Graphs and Analyses of Composite Graphs). There is a quote from Liu Xiang (刘向, 77 BCE – 6 BCE), the Han-dynasty imperial librarian, in the annotation, which says ‘… Tortoises last long. The tortoise lives for a thousand year and, therefore, can be a medium to communicate with spirits (龟之言久，龟千岁而灵).’ During the early fourth century, the Jin (晋) dynasty scholar Ge Hong (葛洪, 283 – 343) complied The Baopuzi (抱朴子) ‘Book of the Master Who Embraces Simplicity’. In the chapter entitled ‘Rejoinders to Popular Conceptions (对俗)’, he wrote, ‘Once you live, you will die. The tortoise and the crane can live for a long time. We know that they live long and then we can learn from their way of life to realise our own longevity.’ These thoughts laid the foundation for the Chinese to regard the tortoise as a longevity symbol. In the same chapter, Ge Hong also quoted from an earlier book that ‘The one-thousand-year-old tortoise has five colours and … floats on a lotus leaf.’ Therefore, corresponding images were created to enhance their owners’ health and life expectancy. Naturally, the tortoise accompanies immortals and fairies to indicate their everlasting state. 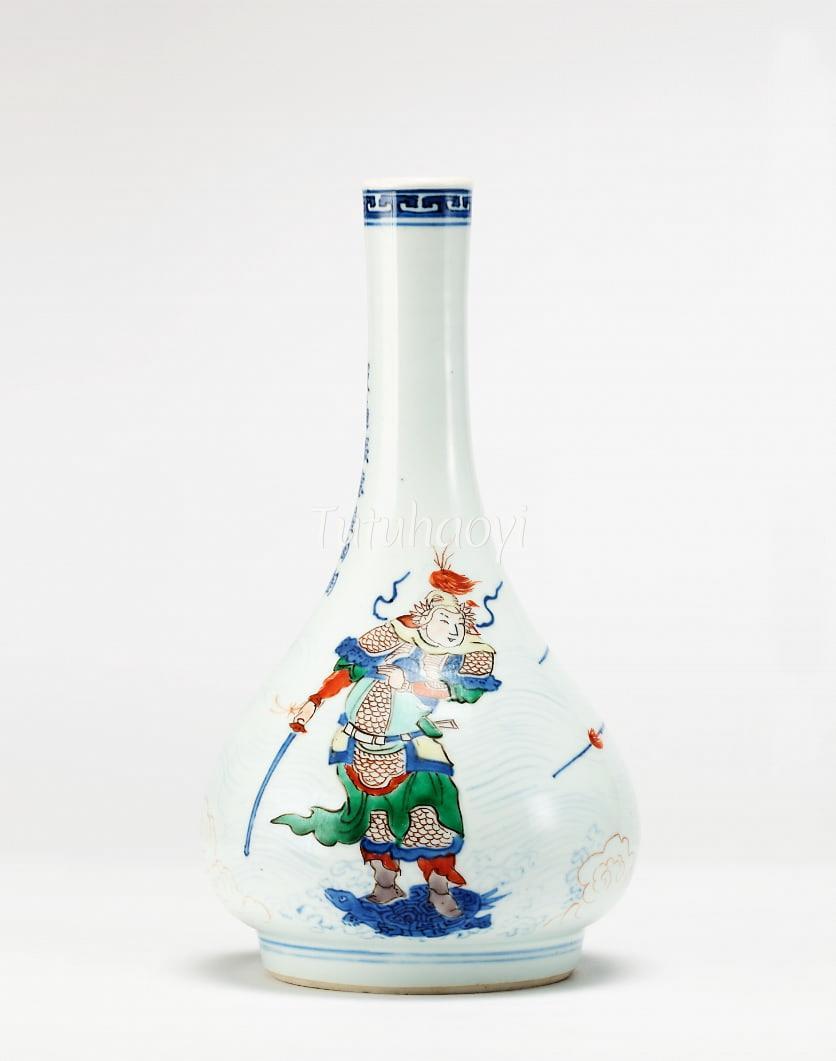 A Qin Zither and a Pet Crane

Zhao Bian (赵抃, 1008-84) was held in high esteem all his life and posthumously because of his incorruptibility and sound statesmanship during his entire career. His prize possessions were legendarily well-known: a qin zither and two pets, a crane and a tortoise. They were inseparable from him wherever he was posted.

Some time during the years between 1064 and 1068, Zhao Bian was nominated as governor of Chengdu, which was a prosperous town contaminated by extravagant upper echelons. Zhao went there alone with his musical instrument and two pets without an entourage. In time, his good leadership made a name for himself and people of neighbouring areas moved to central Sichuan to seek better opportunities.

Once he had an audience with the emperor in court, the emperor asked Zhao, ‘Did you really go to Sichuan alone with only a qin zither and a crane as they say?’ Zhao modestly kowtowed to thank the emperor for his recognition.

Up till today, the saying ‘one qin zither and one crane (一琴一鹤)’ has been used to praise a virtuous official.