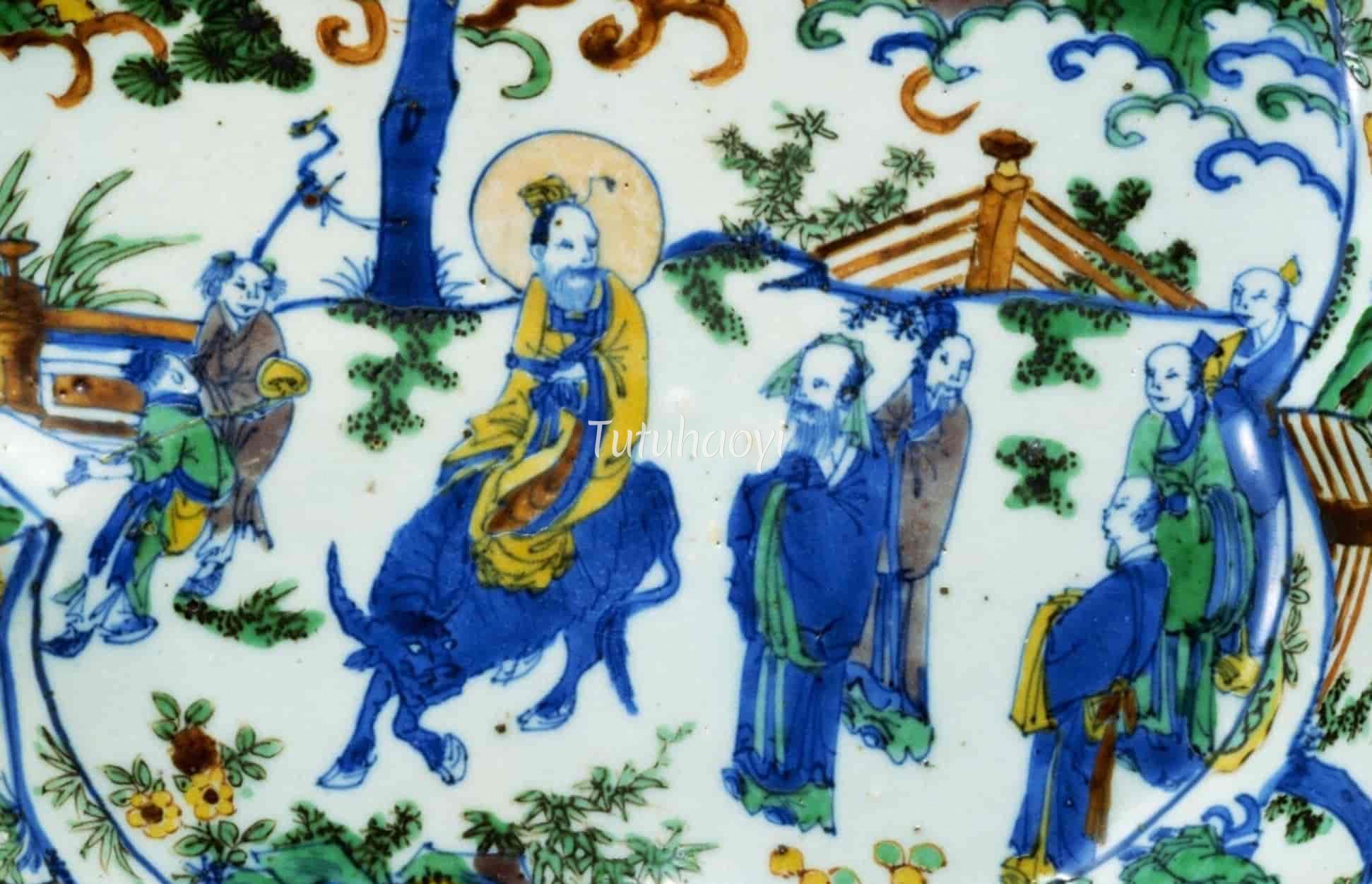 Ancient literature shows that Laozi (老子, also known as Lao Tzu) served as the Keeper of the Imperial Archives of the Eastern Zhou court (东周, 770-258 BCE). He must have greatly benefited from the perk of the job – the easy access to the best stock of classics written on bamboo slips at the time and became so learned that even Confucius (孔子, 551-479 BCE), the paragon of the Chinese sages, consulted him several times on matters concerning rituals of mourning and funeral and spoke very highly of him.

The legendary meeting between Laozi and Confucius was first pictorially presented during the Eastern Han period (东汉, 25-220 CE), in which the two sages were usually bowing to each other with the precocious boy prodigy Xiang Tuo (项橐) standing between them. However, this early simple characterisation of the famous meeting was taken over by a new composition of the two literary giants surrounded by their own pupils and servants in late imperial China. One surviving early example attributed to the Yuan painter Shi Gang (史杠, active around 1352) staged the conference among huge jumbles of rocks in an austere landscape.

See images of Laozi on the signature buffalo here and more discussion about pictorial parody of Laozi riding an ox in this blog.