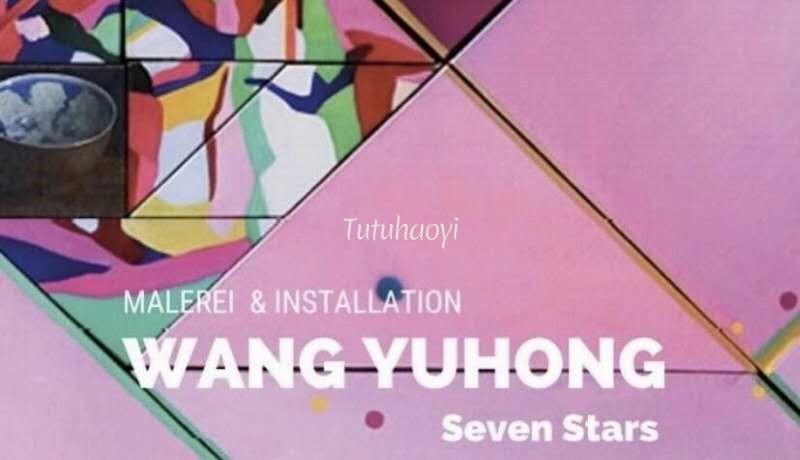 The autumn exhibition of EIGENHEIM Berlin is on! New painting, drawing and installation by three artists Enrico Freitag, Rao Fu and Wang Yuhong are displayed in contrast in the house.

Wang Yuhong has been the artist of the house since 2010 and Rao Fu, born in Beijing, since 2018. Works by Enrico Freitag have also been shown frequently in China – for example in collaboration with the artist, curators and critics led by Wang Yuhong and journalists existing Cantaloup Chivalrous Commune in Shanghai.

WANG YUHONG – Seven Stars
‘Seven Stars’ takes after a traditional Chinese game- ‘Seven Star Puzzle’. The original shape of the 7-piece puzzle fascinated Wang Yuhong so much that she started to practise and combine different art forms on its basis. Her photorealistic still lifes that echoed Chinese cultural history have merged cubist and constructivist forms and have formed a juxtaposition of different cultures. By juxtaposing both styles, Yuhong calls for deeper thinking and discussion about tradition and modernity, past and present, and the relationship between Orient and Occident. In addition, Yuhong is interested in the resulting lines and she isolates them from the paintings in order to create sculptures like “The Rolling Blocks”.