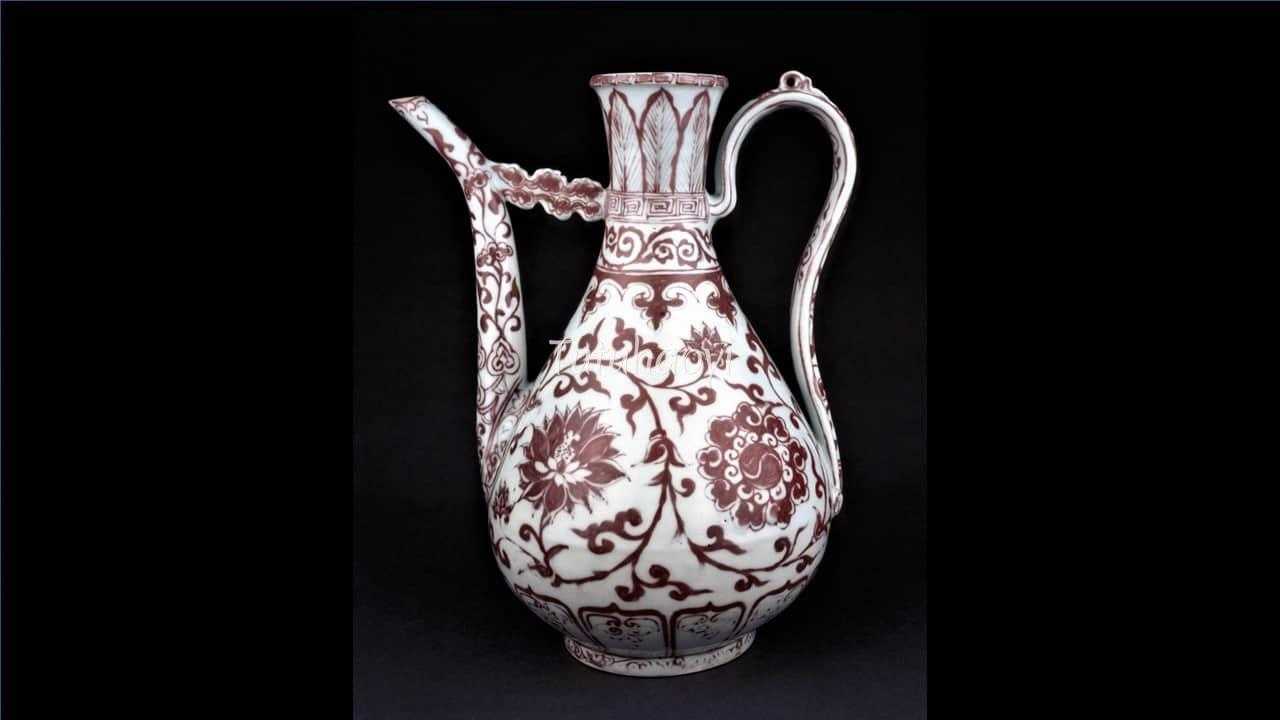 Editor: Hongwu porcelain with underglaze blue and underglaze red decoration has been the treasure from the beginning of Ming Dynasty which was established by Emperor Taizu – Zhu Yuanzhang.

Zhu Yuanzhang (朱元璋 1328–98) rose to power in China in the middle of the 14th century and his force eventually drove the Mongols back to the Eurasian Steppe. He became the first emperor of the new Ming dynasty (1368–1644).

He was on the throne for the next thirty years (1368–1398) and rebuilt the country that had been ravaged by war. Jingdezhen continued to be the porcelain production centre and yield fine products such as the underglaze blue yuhuchun 玉壶春 (literally, spring in a jade bottle) from the National Palace Museum, Taipei, meiping (prunus vase) vases from the University of Glasgow, and the underglaze red ewer from British Museum shown here, which were the progenitor of the globally renowned ‘Ming porcelain’.

However, in 2019 in a Chinese TV series entitled ‘Ming Dynasty’(大明风华), the founding emperor was portrayed with features very similar to those of Dr. Fu Manchu 傅满洲, an archetypal evil villain that was featured widely in the western popular media for nearly a century.

It is imprudent of the makers of the TV series to do so because Dr. Fu Manchu was the most notorious embodiment of the hostile western views toward China and related to the notion of ‘Yellow Peril’ in the west.