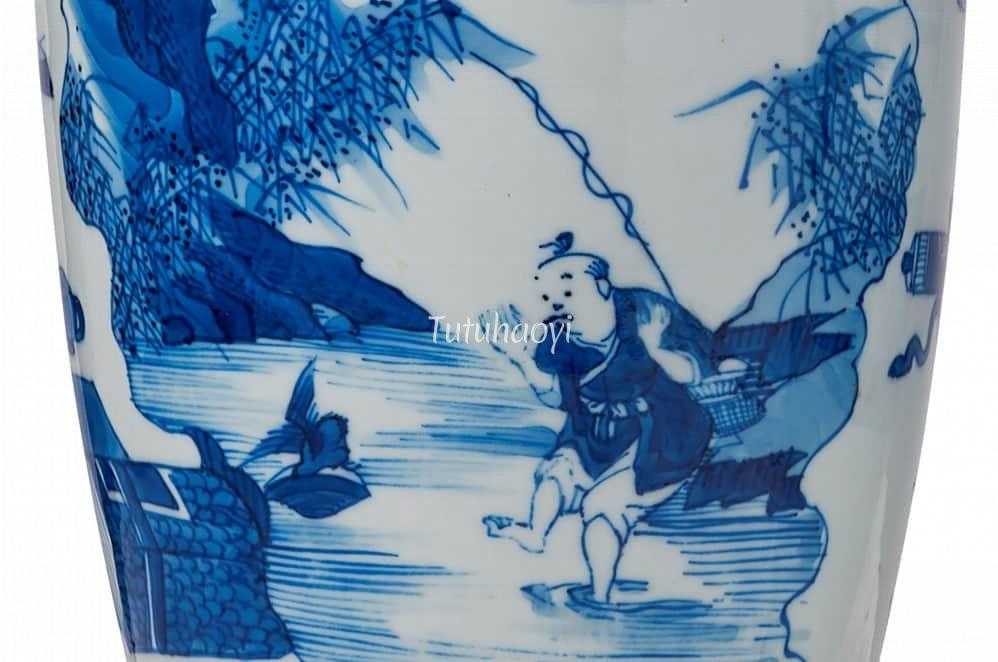 Editor: People who are not familiar with Chinese history and parables may have the impression that the above image is a genre painting of a fisherman’s daily life. But in fact, there is more meaning to it. Dr Yibin Ni will explain the story in detail and how this story scene has been presented in various forms of artworks.

The story scene above refers to an old Chinese saying: in the fight between the sandpiper and the clam, the fisherman has the best of it. This parable came from an ancient Chinese text entitled Strategies of the Warring States (战国策 Zhanguo Ce). The book contains anecdotes of diplomacy and warfare during the Warring States period (5th to 3rd centuries BC).

During the second half of the Ming dynasty (1368-1644), the book printing industry flourished with the fast development of urban economy. Popular printing made it easy for more and more common people to possess and enjoy pictures in addition to texts as a way of disseminating information and knowledge. Images migrated to more and more different types of media, educational as well as entertaining. It is quite obvious that the printed picture of the parable that I have discovered and am presenting here influenced the artistic inspiration of the porcelain painters and opened a new world of resources for them. Otherwise, he would have been stuck with a very limited repertoire of pictorial motifs handed down in a strictly ‘master-to-apprentice’ manner.

Examples of this image show that it was widely appreciated. However, the colossal disaster afflicted to the traditional Chinese culture has wiped out most of the precious memories. As a result, contemporary people, including many experts in the area, are indifferent to traditional scenes and motifs with rich cultural heritage. When the fine Kangxi blue-and-white bottle was published in an authoritative book on the authentication of Chinese ceramics, the description of the scene on the vase is merely ‘figures in the landscape’.

There is a Kangxi blue-and-white brush holder bearing a panoramic scene of fishermen’s activities in the Palace Museum, Beijing. Because of the popularity of the ‘sandpiper-and-clam’ story and its pictorial representation, the porcelain painter adapted it as part of the genre scene. In their description of the brush holder in their seminal volume of Blue-and-White Porcelains of the Shunzhi and Kangxi Reigns of the Qing Dynasty, 2005, the scholars in the Palace Museum mention only netting and angling, ignoring this culturally significant motif.

The description in the online catalogue of Christie’s auction house for Lot 19, 4-12 April, 2018, online auction 16321 is similarly vague: ‘a fisherman in a mountainous river landscape’.

By contrast, Bonhams online catalogue for a Yongzheng enamelled cup in Lot 29 in a sale in Hong Kong on 28 Nov 2017 has got the details right: ‘the second vividly depicting a fisherman wading in shallow water amidst a bamboo grove and rockwork with his arms outstretched forward in an attempt to catch a snipe and a clam.’

However, not every member of the English-speaking audience will get the ancient Chinese wisdom from this description. It could be a superb study case in contemporary business schools. Try to avoid such a zero-sum business competition: when the predator and the prey are fixated on their adversarial stubbornness, BOTH lose.