A statesman’s duty to his country: a Chinese story depicted on traditional artworks 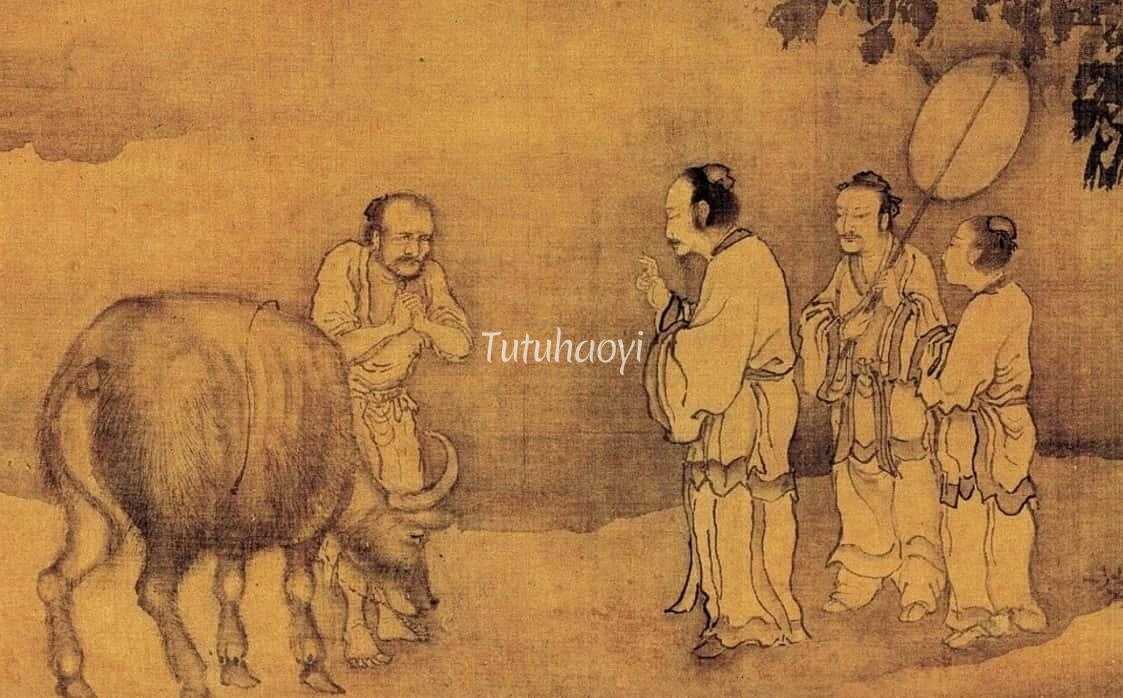 The story of the statesman Bing Ji (丙吉) inquiring about a panting buffalo in ancient China has been illustrated in various forms in traditional Chinese art. It is meant to praise high-ranking officials who can prioritise their duties for their country. However, such famous story on Chinese porcelains has often been misinterpreted. Dr Yibin Ni has found out those mistakes on a number of occasions during his art research. Here is what he has to say.

When Bing Ji (d. 55 BCE) was a chancellor in the Han court, once he encountered the aftermath of a gang fight with the dead and the wounded lying in the street. To his assistant’s surprise, Bing Ji passed them without batting an eyelid. Further ahead, a buffalo passed and it looked out of breath with its tongue sticking out. Bing Ji had its owner stopped and sent his guard to ask the herdsman how far he had driven the buffalo.

Bing Ji’s aide thought Bing Ji put the cart before the horse in that he paid no attention to the severe casualties they had seen earlier but showed unwarranted interest in a panting buffalo. Bing Ji explained, ‘Curtailing gang fights are the police commissioner’s responsibility, not a chancellor’s. It is only spring now and the sun is quite mild but the buffalo was heavily panting. I wondered whether there was something wrong with the climate that harmed the animal. As one of the three government’s chief ministers, it is my duty to see to the equilibrium of the yin and yang forces in nature. That was why I made inquiries about that buffalo.’ Hearing this, Bing Ji’s aide was fully convinced that Bing Ji always had the overall public interest on his mind and was a true statesman.

However, this scene was repeatedly misinterpreted in scholarly publications in both China and the West.

In Seventeenth-Century Chinese Porcelain from the Butler Family Collection, 1990:152, the same scene on a double-gourd shaped bottle, is described as ‘a boy holding a water buffalo with a rope kneels to the emperor (identified by the three-tiered parasol held over him by an attendant), who stands in front of his wheeled chair with four other followers.’ Unfortunately, the intended meaning for praising a highly respectable statesman for his caring about the country is lost in interpretation.